Posted on January 12, 2015 by Admin in Englishman Andy Sullivan, Golf 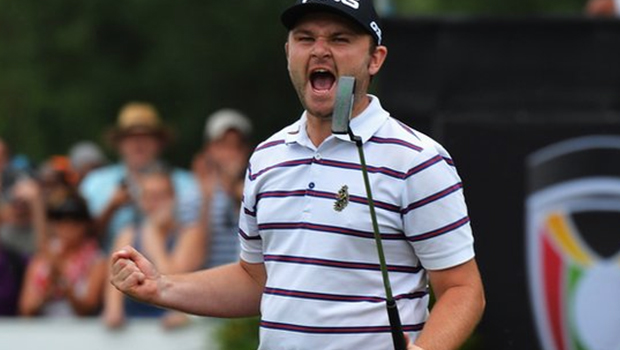 The Englishman Andy Sullivan worked so hard throughout the last four years to win an major title, and now he finally enjoys it after beating CharlSchwartzel in the South African Open.

It is unbelievable what the South African CharlSchwartzel missed throughout the game, as he was five holes in front of the winner Andy Sullivan. He managed to miss few tries at the 11th hole and the last one at the 18th that cost him the title. Andy managed to score an ace and enjoy the win after it – deservedly.

The facial expression drastically changed for Andy Sullivan’s the 28 years old English man from Nuneaton, from the 1st hole to the 18th. His smile was a lot bigger every time CharlSchwartzel missed a shot, as it was an opportunity for him to close the gap that was 5 shots at the start of the match. Rarely anyone though that Andy can do what he did, everyone thought that it would be another chance missed by the Englishman, but he kept his concentration together and managed to steal the victory from Charl and the fans that were for the home golf player.