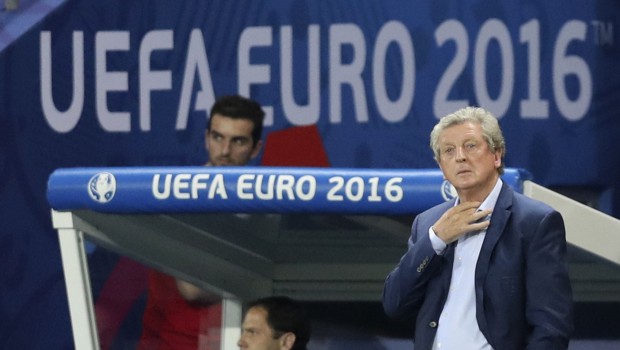 It was sad day for English football players as they exited the Euro cup 2016 tournament embarrassing way. They could not make it though they had chances and news spreading about English football team is that the redemption for the team is very hard as they could make their way only upto round 16.

It is a kind of shame that the players and the team managers and directors facing all the way to their home country. There is a continuous uproar and blames all over the air from England and the critics and the former football players comment that the country has no traces for better come back as they had given poor performance in Euro cup 2016.

Their fans are down and there are no supportive persons for the team and they could only see the news reporters and channels holding their camera and microphone with list of questions targeting their loss. The journalists were trying to hand stuffed donkey toys to the players in which the toys were wrapped with “Iceland” bags.

It is sad for the country, fans and the supporters of the English football team that they could not make a mark in the Euro cup 2016 at least like small teams who give their best for the tournament.

From the year 2014 in Brazil, apart from their psychological and emotional penalty shot they could not see victory in the single game of all the games they participated. It seems that the era of football for England is over. The country is totally down with the performance of the team and the all take this very seriously to redeem the team.

From the year 2013, the English football team has been planning for the change and they expected to see the change for which they have been taking some meaningful efforts but it sad that they could not see any changes in the team so far from 2013.

They said that they have been reviewing the previous failures to make a better come back but still after multiple reviews they are confused about finding the mistakes. What they are upto now is they find it difficult to filter the weaker side of the team since they could not identify it.

Analysis in depth is needed this hour to reshape the team so that they can stop the team from drowning in to continuous failures.