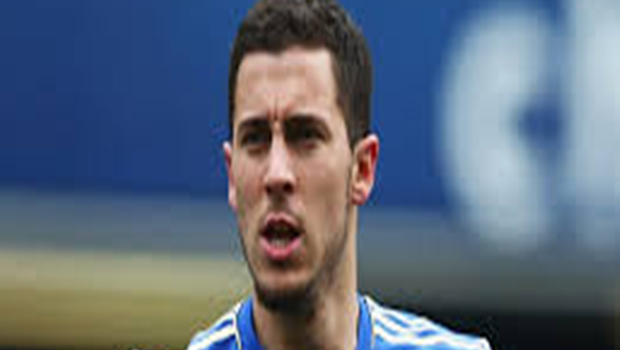 Chelsea’s ace Eden Hazard has scooped the 2015 Footballer of the Year by the Football Writers’ Association award. The Belgium midfielder was on top of the log with over 53%of the total votes from over 300 journalists casted with his name. He was closely followed by Tottenham’s and England striker Harry Kane with Chelsea’s skipper and fellow Hazard’s team mate coming in third.

The 24 year old has been instrumental to the Jose Mourinho’s side who were crowned England champion for the first time in five years after their win against Crystal Palace at Stamford Bridge with the lone goal scored by Hazard himself. He has gone ahead to score 20 goals across all competition for Chelsea and assisted many.

Eden who also scooped the Professional Footballers Association’s player of the year award will take to the stage on 21 May at a gala dinner in London where he will be presented with the FWA accolade. The honor was initiated in 1948.

Andy Dunn. The chairman to FWA told Sunday Mirror that among the past top class winners of the award, Eden has done what it takes to be among the list. He went ahead to describe Hazard as an amazing assistor, an goal eyeing winger and an industrious player who has been a frequent threat to teams in the Barclays Premier League.

He added that Hazardhas been a key in the league champions Chelsea. Most notably his footwork tricks which comes hand in hand with his majesticallyartistry together with his marksmanship. Nevertheless, his key aspect that has transformed his career is his durability. He has been a consistence starter in all 36 premier league games for Chelsea and in particular being a danger man among defenders in the league. In the absence of injury prone Diego Costa, hazard has taken up the role of carrying the club with his amazing display, assists and scoring vital goals among them the winning goals against Westham, Manchester United and Crystal Palace.

With their good display across the season where Chelsea topped the table since day 3, the team was accorded with several of their players in the top 10 listof FWA. The players were skipper John Terry who became the leading top scorer defender in English Premier League, league’s top assistor Cesc Fabregas, right back Branislav Ivanovic as well as Thibaut Courtois a young Belgium who displaced Petr Cech as first choice goalkeeper on his return from three year loan from Athletic Madrid.