Posted on October 10, 2014 by Admin in Eastern Conference Winner, NBA 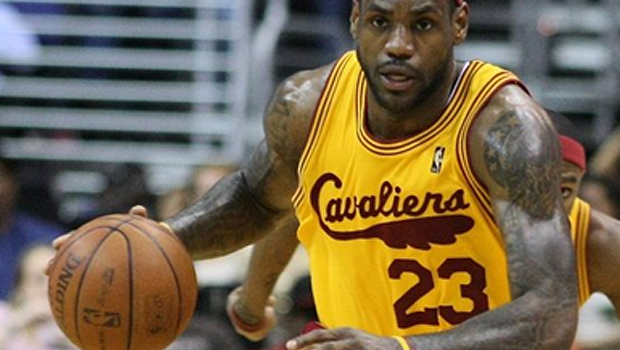 With LeBron being welcomed back to the fold in Cleveland, the Cavaliers have a massive advantage over the rest of the teams in the Eastern Conference as they look to secure their first regular season conference win since LeBron’s final season in 09/10. With the NBA Championship MVP for two of the last three years teaming up with Kyrie Irving and Kevin Love Cleveland to ensure that they have one of the top groups of players in the league, the Cavs are both the favourites to win the conference and the NBA Championships.

The Bulls have tasted Eastern Conference glory in two of the last four seasons as they claimed the titles in the 2010/11 and 11/12 seasons, but they were beaten in the Conference Final and the first round of the playoffs in those two seasons. They have finished fifth and fourth over the last two seasons, but with them fielding players of the calibre of Derrick Rose, Joakim Noah and Pau Gasol Chicago are the favourites to challenge the LeBron powered Cavaliers this season. Can they get back to title winning form though?

Despite competing in the NBA finals in each of the last four seasons, winning two and losing two, the Heat are just the third favourites to win the Eastern Conference this season and they are a long way off the pace of Cleveland and Chicago too. The reason for this is the loss of LeBron and with replacement Dwayne Wade no longer the player than he once was when he was on the books at the Toronto Raptors the sportsbooks believe that there is very little chance of a fifth successive NBA Championships appearance for the Heat.