Durant is now in court

Durant is now in court 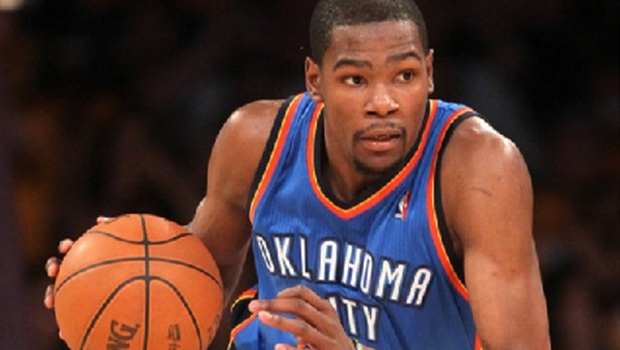 It brings joy and enthusiasm for supporters of Team USA after they welcomed Kevin Durant after a six months absence. The Oklahoma City Thunders All-Star forward who was named the Most Valuable player in 2014 has been out of action since February 19 when he limped off the court with a right foot structure. His injury became a big blow to his team which went down the table and could not book a place in the play offs.

Durant joins his fellow 33 players in a week program from which 12 will be selected to represent the nation in the 2016 Rio de Janeiro Olympics. The squad includes Kyrie Irving, Kevin Love and Paul George who are nursing their injuries.

Durant claimed that despite being out of action since February, he feels that he can make it and give 100% outcome. Despite being a human who is prone to form drop, he claimed that the two trips he made will play a big role in making sure that he has no restrictions.

Team coach Kryzewski claimed that it was good to have Durant back a player who almost made the cut to the Beijing Olympics and who came from Texas to hit the stage by becoming a MVP in Istanbul and London at a tender age of 21. He claimed that the 34 list man acts as a defense against any injury or any issue be it family matters that a player can be faced with and it becomes easy to replace one in such a situation.

His teammate Love was on the fore front in welcoming Durant whom he termed as a close friend and wouldn’t be pleased to see a friend being out of form. San Antonia forward LaMarcus Aldridge also commented that they were indeed excited to see Durant back on the USA Team and would provide the much needed effort for the team.

The 26 year old Durant claimed that many people have been encouraging him and giving him motivation throughout his injury times and playing 1-on-1 was what they all urged him to. He added that despite being in the same team, the USA Team is basically rivals and once they are selected to represent their team, they become brothers. He claimed his key agenda is to learn more from his team mates and was looking forward to be in the court playing with the best of the best.