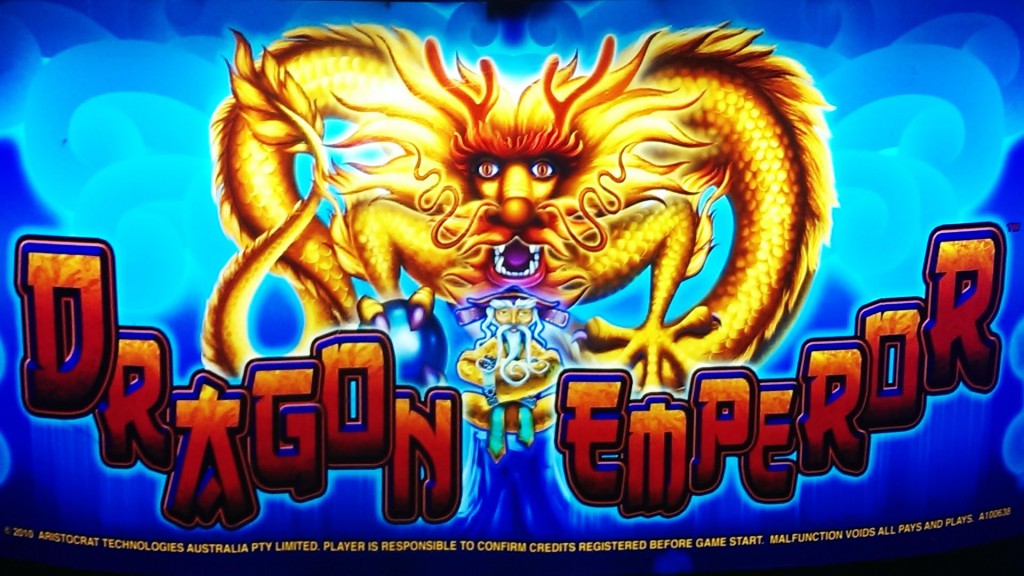 The Dragon Emperor Slot Machine allows players to travel through the most remote parts of Asia, in the background you will discover the giant snow-capped mountains that can be referred to as Mount Everest, this sublime spectacle is offered to us by game designer Aristocrat.

It’s in this beautiful setting that you can test a slot machine with 5 reels and 243 paylines on an Asian theme. This theme is one of the main features of the world of slot machines, the presence of the red and golden color and many elements that are part of the culture of China.

In this succession of symbols you will find one of them consisting of a Chinese sign, if you accumulate 3 on the screen from left to right, free games will be activated, an Extra symbol in the form of a legendary Dragon will remain Blocked on the last roll, if 3 dragon symbol arrive on the fifth roll, the whole roll will be rotated once extra and exchanged with the others of the game, this symbol will be a Wild. You can win 7 to 15 laps.

The functionality of the fifth roll will occur whenever you see 3 Dragon symbols extended on the last column. Dragon Emperor resembles many other slot machines that can easily be found in the Asian category of our guide, for the Chinese New Year and the Spring Festival Playson publisher unveiled Dancing Dragon Spring Festival , there are Also Dragon Shrine of Quickspin which can be interesting, it possesses original symbols and a particular disposition in the shape of diamond, Dragon Shrine pays on both sides during free spins.