Posted on February 9, 2015 by Admin in Cricket, Don’t forget that Asian 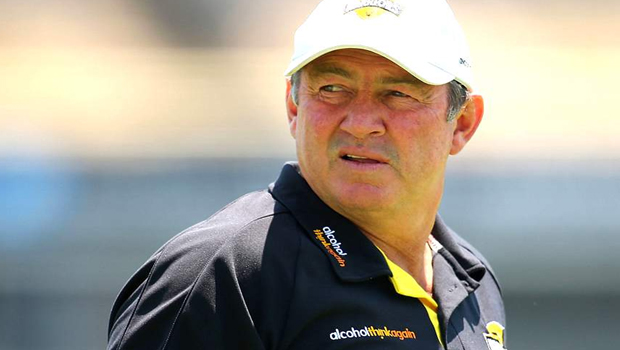 Don’t forget that Asian teams at your danger – Geoff Marsh

“No one can forget the India’s victory in the year 1985 and becomes the world cup champions and of course another big event which is held on 1992 world cup in which Pakistan became the unexpected World Cup champions. So please reduce the 3 Asian Cricket teams at your danger” said by Marsh at an event planned at the Adelaide Oval pitch starting officially on the media centre opening for the world cup.

Going by the recent match’s trend which is played in New Zealand and Australia, one can’t rate the talents of Asian Cricket team’s chances of winning very highly. On Indian teams current Australian tour, they has not won even a single match and their only positive thing on Australia tour is the drawn of two test matches. Excluding that no one has left right for the injury Indian team. But last month Sri Lankan had a tour to New Zealand and having at least two win out of their 7 ODI’s against New Zealand and have seemed the most confident. Sri Lankan team is having an experienced batting line-up and having calibre players such as Mahela Jayawardene, Kumar Sangakkara, Angelo Mathews and Tillakaratne Dilshan, the team has arms for tackling hard Australian conditions.

An enigmatic team is Pakistan who is having dazzling one day and under par the next. Their trusts will depend on which part turns up on the match day. They can’t be taken as slightly since they are more capable team. Marsh says that “For the Asian Cricket team, I have a great stare. They are playing with such flair. I know that Indians are under pressure after being a winless tour of Australia, but just one spark is required for them to ignite the Indian team under MS Dhoni”.

Marsh also added that Pakistan team is also too unpredictable, so you need to be wary of that teams. So is Sri Lanka. Many have examined for them as one among the best teams in the semi-finals. I expect they live up to the prospects, although at any stage I am going not to disregard Indian team. They are having capacity of turning a leaf and their whole tournament will depend on their performance of first two matches against South Africa and Pakistan.