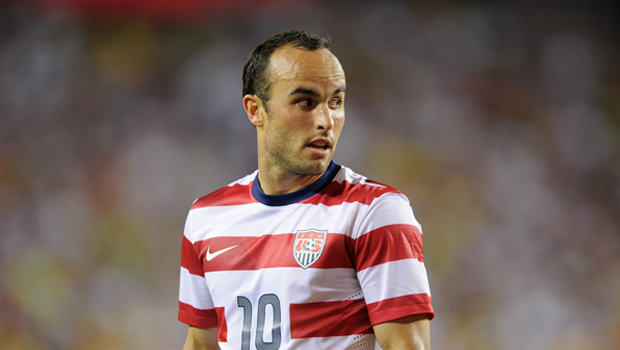 As the World Cup 2010 ended, so did Landon Donovan’s thrill for the football. The American football star who has been in the game for more than a decade, admitted that football has become a burden in his life and that the talent he possesses was more of an obligation than a gift fir him in recent years. It would have been hard to predict thay a player like Landon Donovan, who had made the game look incredibly easy, to comment something like this. He had never been shy with his comments to the media, but his ultimate one about football had risen the public’s attention.

His first hint about retirement was dropped on August, as he decided not to answer and comment the media’s questions.maybe something like this was expected due to Donald’s hard life, as he had previously suffered from and struggled with depression, has sought counseling, his celebrity marriage fell apart, he has reconnected with his long-lost father, and he even took a four month break from football in 2013. Every other celebrity or famous athlete would build a wall around himself for the media not to be able to see the problems, Donovan put red carpet and opened his mind to the world.

Now that the news is out in public, Donovan has commented about the ways that athletes are being seen in the eyes of the fans, the managers and the club owners. That way of seeing has made Donovan feel the burthen even more, and as he said, the athletes play so that the fans should be happy, the managers and the club owners be feel successfull and rich. They want the athletes to live the sport, to live it and to die playing it. That is why Donovan has made the decision to leave the football on an age of 32, and he linked himself with some NBA players such as Michael Jordas and Kobe Bryant who are or were leaving the same way as he is now.

This decision that Donovan has made will put him on the field for one last time, either in the Western Conference finals, the first leg that will be played against the Seattle Sounders, or the MLS Cup final in two weeks time. Either way one is sure – Donovan will finish his career in the MLS American League, playing for thr Los Angeles Galaxy wearing the jersey with No. 10.

Donovan’s game is still on a very solid level as he managed to put three goals and write one assist under his name in a 5:0 win agains the Real Salt Lake, eliminating them from the cup in the semifinals and taking the match ball home. But his comment that all of this fades away and that football has become a burden for him, as well as his comment that he should have left the game just after the World Cup 2010, has created his final idea and decision to quit football.
Landon Donovan calls his fans to respect the decision ans to give him all the support thay can in his last game.