Posted on November 17, 2014 by Admin in Djokovic over Nishikori to the final, Tennis 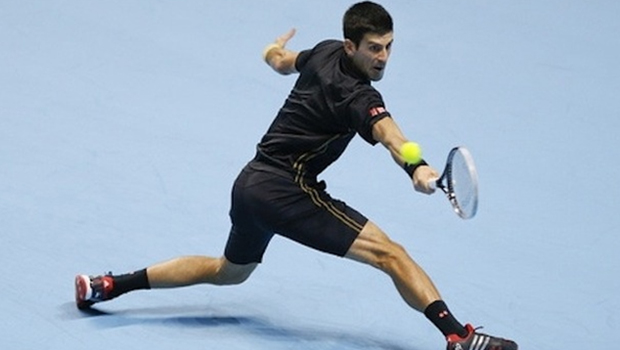 Djokovic almost lost his form in the semifinals against Nishikori, and lost one set, which is unusual for him in the last 10 matches. Novak won the first set with only one gem lost (6-1) and then had a lapse of concentration in the second set where he gave the Japanese the power to play and Nishikori used it and did something that Novak’s last 10 enemies failed to do-Won a set. The second set was 3-6 for Kai Nishikori, and that seemed to upset Novak, overcome the problems from the second set and put an amazing show taking the victory with 6-0, and advancing in the final at the ATP Finals on Saturday.

After finishing unbeaten in the round-robin, the Serb sealed his No.1 spot this season, showed visible signs that his lack of concentration was caused by a partisan crowd, that caused Novak to drop his first set since the start of the tournament.

In this game where Djokovic dictated the game and the tempo from his base line and completely changed in negative way at the start of the second half. He could have had another easy win like his last 9 matches, but lost his concentration over the crowd. It all looked good for the Japanese until he made a double foul and received applaud from the crowd.Djokovic applauded to the public and shook his head not believing what they are applauding at.

He then returned in the game and in the third and last set, smashing relentlessly Kai and flying over to the final.

Novak will face Roger in an interesting match. The last match belonged to the Swiss, but the odds and statistics are for Djokovic this time. Let’s enjoy the game and see for ourselves.