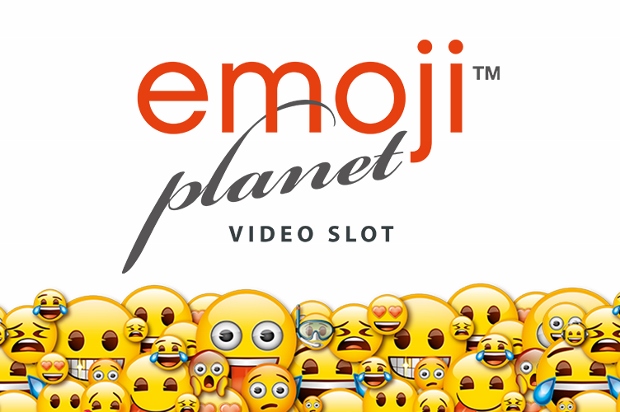 The Emoji Planet slot machine is available on a set of Netent online casinos. The game released this week is notably playable on the platform Wild Sultan. But before you try this game in real money, let’s present it with dignity!

A special theme for a wacky slot

Announced since the beginning of the year, Emoji Planet is now playable in real money. It participates in the enthusiasm of emojis, or emoticons that takes place in recent years (and particularly in 2017). Did you know that the emoji of laughter in hot tears was the most popular and had been voted word of the year in 2015?

Still it may seem wacky to launch a slot machine on these little icons. It is precisely the rendering of this new slot online. This one is also staggered than a Japanese show and presents a fantastic appearance and a wallpaper that seems to have been imagined by a crack smoker. A rainbow, balloons and two small gymnasts on a cloud, not to mention the quick appearances of some key Netent characters, like the conqueror of Gonzo’s Quest .

In the middle of this surreal decor, you will find a structure of 6×5 rolls, that is to say six rolls and five rows. There are no win lines because the goal is to find five or more symbols side by side. Whenever winning symbols are validated, they disappear to let others appear, it is the avalanche mode that you already found on other slots (Gonzo’s Quest of course but also Sugar Pop). You can thus chain many combinations of winnings on a single spin.

You will find the classic wilds symbols, which allow to replace the other symbols to find clusters of gains. But the most important thing in this game is to generate as many special symbols as possible, represented by blue bombs, pizzas, rockets, mouths and hearts. Each of these symbols has the ability to launch a particular feature that will help you generate gains.

To unlock these features, just find at least twelve of these symbols on a spin, knowing that each symbol carries a special bonus. The bombs activate 8 bombs that explode on the reels and free up space for new icons. The pizzas create a pack of 3×3 boxes of a random symbol. The rockets launch a stack of ten wilds on the reels. The mouths allow to enjoy three sticky wilds during several turns. Finally, the blue hearts multiply the gain of all the spin by two. 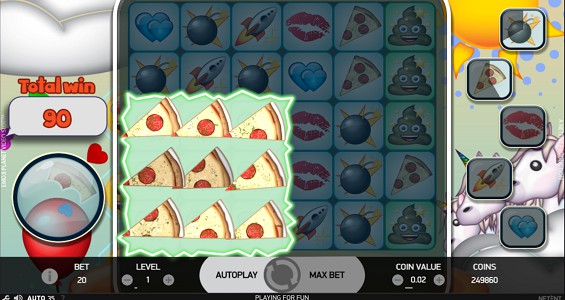 The wacky appearance of Emoji Planet and its interesting game system makes it a creation to discover, especially for those who like suspense. The principle of winning clusters allied to the avalanche mode makes it possible to vibrate following the declines of symbols. An amazing game!