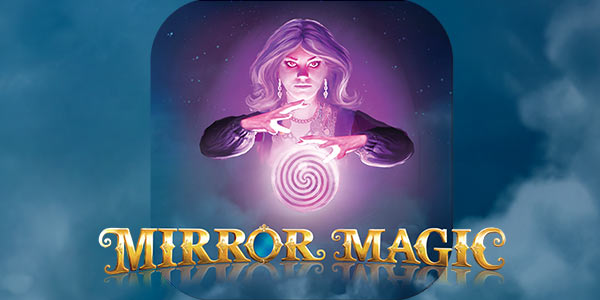 Mirror Magic is a new slot machine that offers unparalleled playability and entertainment. This Genesis Gaming production has everything to become very popular.

Genesis Gaming is one of the best developers in the online betting industry , and it once again confirms its status with its recently launched Mirror Magic Slot Machine. The casino software provider has already launched a number of titles that have garnered cheers from the general public at the beginning of the year, and it is certain that this latest production will be just as popular. This entertainment option presents a wonderfully exploited theme for incredibly fun sessions, as well as incorporating lucrative features.

Genesis Gaming is far from the first developer to make use of magic to design a slot machine, but he manages to bring his little touch to offer an unusual adventure. The developer has taken care to bring out icons that are out of the ordinary in order to distinguish his work from the productions of this kind that already exist on the market. When you launch the game with 5 reels and 25 paylines, you will be greeted by a dark and sinister atmosphere. Logically, on the scrolls are symbols related to magic, like the woman performing a magic trick, the sorceress, the magician and the magic mirror. Also in the background is a lugubrious castle dimly lit, which is probably inhabited by other characters appearing during the game such as the prince, the princess, the valet, the housekeeper, the squire, and so on.

Players who enjoy titles with wonderful features will feel in their element by spinning the reels of the Mirror Magic slot machine. They can indeed enjoy a joker represented by the icon of the buffoon. The latter appears to help them more easily win winning combinations by replacing other icons. There is also a dispersion symbol represented by the woman performing a magic trick, which not only offers gains when it appears anywhere on the screen, but also grants 10, 15 or 20 free spins when the players You get 3, 4 or 5 times on the screen. It should be noted that this free spins feature can be reset to grant even more prizes. There is no shortage of winning opportunities on this entertainment option.

This new game from Genesis Gaming is very entertaining, and it’s easy to win thanks to the great features it incorporates. This is a good reason to try it in real money mode. To get started on the adventure, create an account now at the Tropezia Palace casino where you can enjoy the Mirror Magic slot machine whenever you like. This establishment will give you many bonuses that will allow you to play and win big.