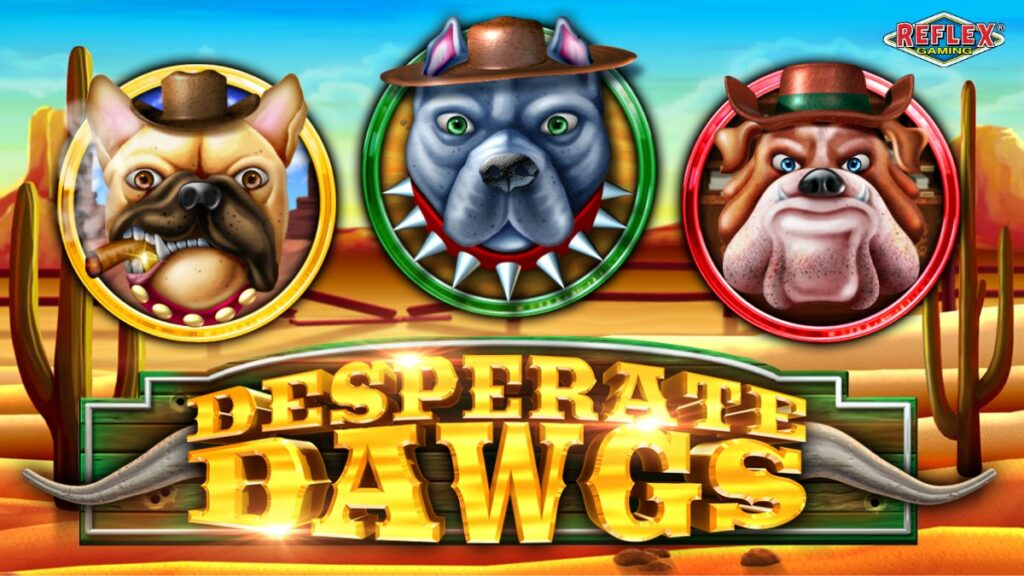 A trio of burglars are the stars in Desperate Dawgs and they are describe. This new Yggdrasil Gaming slot will deliver the righte combination of features with a Wild West theme that most will even now appreciate. It is delivered as a part of the developer’s YGS Master program.

The game gives 5 reels with 20 lines being the most popular option for a slot nowadays. Your target is the top wins of over 3,900x the stake and that is for a game which has a low RTP of 95.03%. Three different special features are offered, each one with its own gangster scatter as a trigger and they range from free spins with huge multipliers to picking extra games.

$0.20 will be the minimum bet that the game permits you to utilize and from that point you may just go up to as much as $100. The line wager can increase up to $5.

While the game appears to be encouraging from the start with 30x multipliers a chance during its free spins, when you take a look its figures, you may be disappointed. Probably, you can win 3,902x the stake or up to $390,200. It is not a bad jackpot but it is mixed with a 95.03% RTP and that is very far away from the levels where you would want it to be.

With the Wild Barrels around, you will get help forming mixes on the slot’s lines. You will mix regular and wild images, and to get paid you need a compilation of at least 3 arranged left to right on the same line. Wilds are not substitutes for the scatter images.

Three unique scatters are utilized, each show the picture of a different member of the gang.

The Yellow Character is the one that will trigger a reward game called Wagon Trail, when 3 to 5 such scatters are visible. You select one wagon from the three shown and you get a cash reward.

The Crime Spree Dog is the second scatter with the green border. Again, with 3 to 5 images in view, the feature triggers. It includes 10 free spins and an expanding multiplier. As you can re-trigger the free spins several times, the multiplier could in the long run land at 30x, for the 30th spin.

Bank Buster is the third image and feature, and it is simply going to appear on reels 1, 3 and 5. When you get each of the three Bank Buster character images at once, the reward game will trigger with a choice of safes to break into. You use the keypad to choose numbers, attempting to guess the code which permits access. When you figure out how to open one of the safes, the cash found inside will be granted.

What you are looking at as a slot machine with a Wild West theme, where burglars are free and planning to do their thing. The same old thing there, except for the fact that the three gangsters are all dogs and also the slot’s scatters. A barrel is set apart as the wild while for the standard images, the list begins with the game logo (top image, 25x the stake), then  proceeds with the Sheriff’s badge, four card suits and Six Shooter. Well designed for the category but not a game I’d call spectacular.

Desperate Dawgs looks like an interesting option at first and the Wild West theme interests players but while the list of features looks interesting (particularly with the expanding multiplier of the free spins), I can’t resist the urge to be disappointed with the RTP of 95.03%.