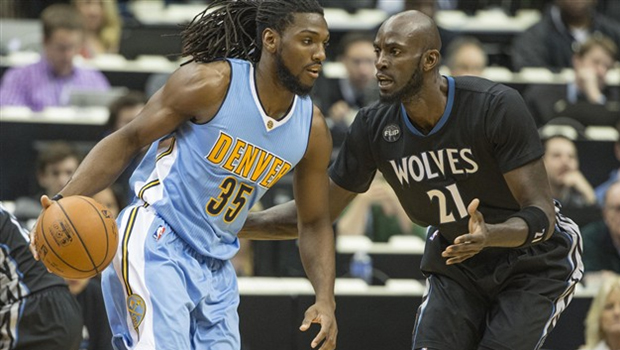 Denver Nuggets last night with 112: 100 victory over the Minnesota Timberwolves

Damjan Rudez in 10:36 minutes as he was on the ground remained without effect.

Randy Foye and Kenneth Faried led the Nuggets with 19 points and Denver has enrolled sixth win in seven games. Will Barton scored 14 with seven rebounds and five assists for the Nuggets (11-14) who had a shot from the field 56 percent. The Timberwolves best was Andrew Wiggins with 23 goals, and Zach Lavin scored 20 points and five assists. For the Timberwolves this seventh defeat in eight matches of.Ricky Rubio added 13 points, nine assists and four rebounds. LeBron James scored 24 points and Kevin Love 20 with eight rebounds and Cleveland Cavaliers have won against the Boston Celtics with a 89-77 .Avery Bradley scored 17 points for Boston, and Jae Crowder 14th

Sacramento Kings are on the wings of DeMarcus Cousins , who had 26 points and 12 rebounds, pobijeili Houston Rockets to 107-97. Omri Casspi added 19 points, Darren Collison 14 with 13 assists and six rebounds for the Kings’ third straight win. Look at the Rockets was James Harden with 33 points, while Terry and Patrick Beverley threw at 14 each. Los Angeles Lakers with 113-95 they defeated the Milwaukee Bucks, and Kobe Bryant scored 22 goals with six assists and left a great impression, although this was his 11 games in 18 days and it is clear that he needed rest. D’Angelo Russell added 19 points and seven assists for the Lakers who are in the third quarter had an advantage of 22 points, reaching the second victory in last 15 games. Lou Williams scored 16 points and Julius Randle 14 with the same number of rebounds. In Bucks best was Michael Carter-Williams with 19 points. 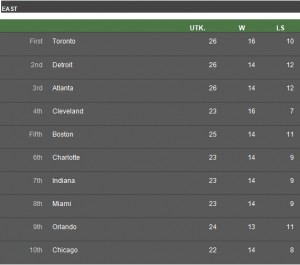 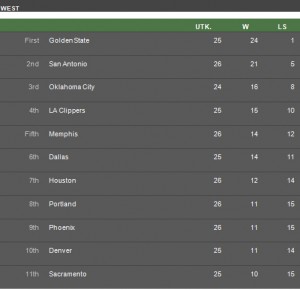