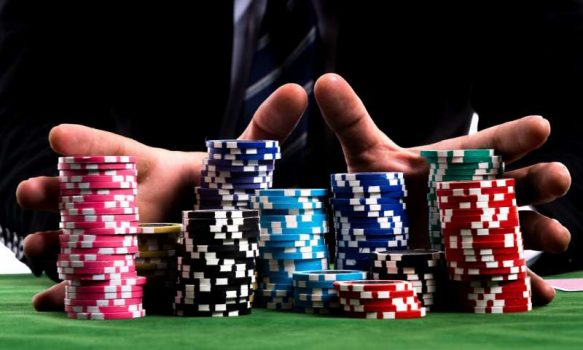 After 10 levels of play, the PartyPoker with LIVE MILLIONS in North America has come to end. Apparently, 151 players have made it to Day 2. Sandleadsm leads in Day 1a with an impressive high stack of 6,840,000 chips.

Lam is a known recreational poker player from the United States. She made her way through CA$10,000 Main Event which is indeed a tough field. In her poker career, she has only one recorded cash of under $1,000. With the look of things this week, Lam is set to score a five-figure.

Sitting within a striking distance with Lam are notable names like Ghighan high-roller Manig Loeser with a recent victory of over $670,000. He has bagged 6,620,000 chips. Armin Rezaei has bagged 5,790,000 chips, he lost a million-chip pot later in the level giving up the chip lead, Jonathan Concepcion with 5,320,000 and Geogiy Filippovich with 5,305,000 chips.

At the start of the event there were around 150 players already seated but as time went by more players came in through the provided four levels for late registration. The action started off slow even though were no re-entry options provided for the same day. There were a total of 304 entries after the closure of the four levels of registration. This surpassed the halfway mark guaranteed prize pool of CA$5,000,000.

Apparently the members of PartyPoker team were not able to find a bag, however, there were some online qualifiers who managed to find better success, includes Leo Liberal (1,790,000) Matthew Urban (255,000) Daniel Dubeau (730,000) and Samuel Gagnon (235,000). These qualifiers will return for Day 2 hoping a shot will turn them from rags to riches.