Posted on January 16, 2015 by Admin in Davy Russel and Philip, Horse Racing 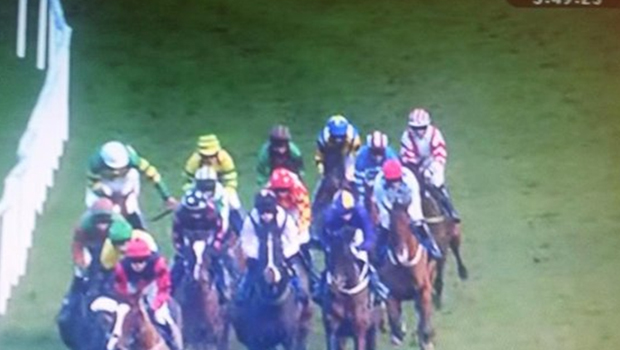 It is the jockeys that were considered as favorites in this race, and those are Davy Russel and Philip Enright. Both of them were banned from the upcoming events due to sharing a whip.

Their suspension comes live as soon as possible, and they are banned from two tournaments they are already racing in. Officially their bans will last until the end of the first week of Februaty.

This is not the first time jockeys have been banned for something they think is not right. Just before the New Year we had an example where the sun was the problem of the jockeys realizing the flag, and since the flag was for them to stop the race, they were all banned.

In a race that took place on Wednesday for amateurs hosted in Great Britain in the Ludlow arena tournament, two of the racers got big bans by the officials in the race for Ludlow. It was Jake Launchbury and Page Fuller, the jockeys on the right of the picture that managed to miss the entire track and go in the wrong direction. After successfully completing two laps, and in the third and final, they started going astray from the other side of the fence. After Launchbury Jake realized his mistake and tried to make a sharp turn left, he so that Page Fuller was following him, not allowing him the space to turn and join the other jockeys, they both managed to jump over the white fence, which cost them big banks in the jockey world.