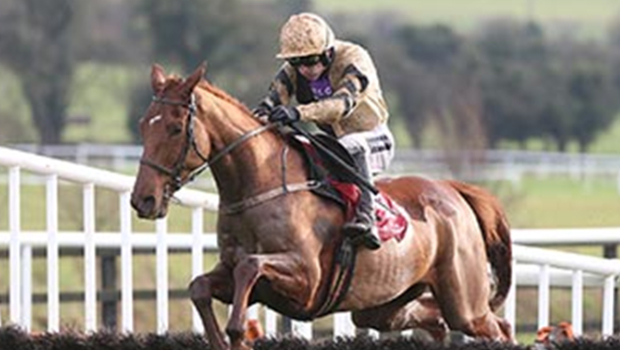 HARRY WHITTINGTON is hoping Affaire D’Honneur jumps off on terms at Sandown on Saturday to put himself in with a chance of winning the Imperial Cup.

Affaire D’Honneur, running for only the second time in Britain, came from behind to finish fourth in the Betfair Hurdle at Newbury but could have finished closer if he had started better, according to his trainer.

‘The right sort of horse’

Whittington said: “He was very unlucky in the Betfair Hurdle and this is the obvious next target. There was a restart, which he has never experienced before. He spooked at the tape and half reared up. By the time he got his feet on the ground and jumped off he was last.

“He travelled and jumped through the race. He could have got disappointed and sulked, but he didn’t and he enjoyed passing horses. He was last turning in and he ended up finishing fourth. It would be ideal if he got a better start this time. He’s the right sort of horse for big-field handicaps because he has a good temperament.”

Affaire D’Honneur is 6-1 favourite with bet365 and William Hill for the 2m handicap hurdle in which Ebony Express will bid to repeat last year’s victory from a 1lb lower mark.

Trainer Richard Newland said: “He seems fine at home but he’s been disappointing this winter and we can’t quite work out why. I’d like to see him on better ground but it doesn’t look like he’ll get that.

“His handicap mark is good and if he could repeat last year’s performance he would have a great chance.”

PUNTERS yesterday backed Yorkhill at the expense of long-time Sky Bet Supreme Novices’ Hurdle favourite Min as rumours swirled about which of the two Willie Mullins-trained hopes Ruby Walsh will ride at Cheltenham in six days.

Mullins’ assistant David Casey told the Racing Post last night that both contenders, who Walsh has ridden in all their starts this season, worked well yesterday but that a decision on who he would ride had not yet been made.

Casey said: “There wasn’t a thing wrong with Min this morning. He worked great and everyone seemed very happy with him. Helooked in great shape.”

The recently retired jockey is Yorkhill’s regular work-rider and he was on board the unbeaten Tolworth Hurdle winner yesterday.

He said: “I ride Yorkhill out every day and I was on him again today [Tuesday]. He was in super form and I was delighted with him but, as far as I know, no decision has been made on what race he will go for or who will ride him yet.”