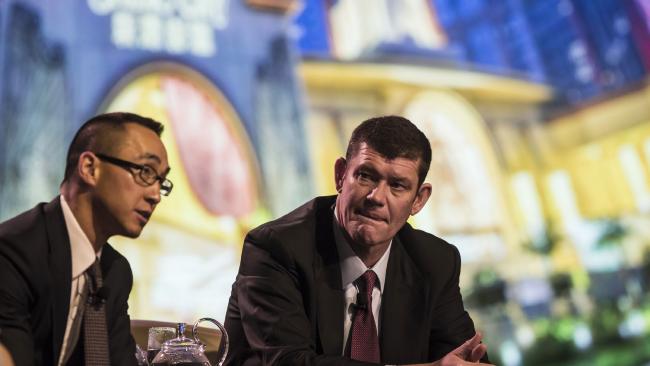 The casino project of Crown Resorts in Las Vegas is more than compromised with the recent announcements of the firm and its majority shareholder James Packer. The latter communicated on major changes. He first sold off some of his shares of Melco Crown (the firm he co-founded with Lawrence Ho) and announced he would abandon the Las Vegas project, which would have been his first casino in the United States.

The withdrawal of certain international activities

James Packer seems to be taking more and more distance with international affairs. This summer, it announced to sell for $ 800 million shares of the company Melco Crown, operating several casinos in Asia. Melco Crown is a structure he has set up with Lawrence Ho and is responsible for the Studio City casino in Macau and the Crystal Tiger in Vladivostok.

It had reduced its shares from 34% to 27% and now goes to 14%, all purchased by Ho who controls 51% of Melco Crown at the end of the year. This operation allows Crown Resorts to recover $ 1.6 billion (Australian dollars).

This money will be used to reduce the debt of Crown Resorts, which amounts to nearly $ 2 billion, but it will also be reserved for shareholders of the structure who will share some $ 400 million, half of which for James Packer.

At the same time, Packer decided to abandon the Alone project in Las Vegas, which was planning to build a gaming complex at the site of the late Frontier Casino. The Australian once invested a few marbles in Las Vegas but lost incredible sums following the crisis of 2008. The Alone Project would have been the very first casino of Crown Resorts in the United States.

The will of Crown Resorts seems to be to want to concentrate on his native soil. By selling more and more its positions in Macau and Russia, via the firm Melco Crown and abandoning the project in the United States, the firm of Packer shows a will not to scatter and probably to concentrate mainly on the Projects.

Crown still intends to launch its Crown Sydney in the Australian city but will certainly have to rethink its privileged targets. Indeed, this new casino was originally announced as the future venue for Chinese VIP players. The recent arrests of 13 members of Crown Resorts in China, whose job it was to attract VIPs, will drastically change the way things are viewed…