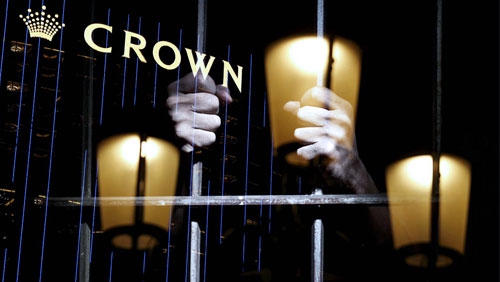 In mid-October were 18 employees of the Australian gambling company Crown Resorts arrested in China. According to the Chinese Foreign Ministry, the employees were arrested for alleged violations of gaming laws. 17 of the 18 suspects were also formally arrested and remain in the prison for at least two more months.

Shanghai’s attorney Zhai Jian, representing Dachau Law Offices as Crown Resorts employees, announced that his clients were officially arrested during the weekend. They must remain in detention during the ongoing investigation. At least probably two months. Afterwards, the police will decide whether the employees of the casino are also accused. Only one of the 18, the Chinese citizen and only a junior, had been released on bail at the beginning of November.

Two senior Crown Resorts employees are among the arrested

According to the Australian Ministry of Foreign Affairs, three Australian citizens are among the 18 affected, including Jason O’Connor, the head of Crown Resorts for foreign operations with VIPs. Also Already Gomez from Malaysia, Senior Vice President of Crown in China, is to be among the arrested.

At the beginning, the Australian casinos driver had no contact with his employees and did not know what to blame. According to the daily newspaper “Australian Financial Review” The arrests were made as part of a police operation to stop outflow of funds abroad. In this context, there have already been actions in Shanghai, Beijing, Canton and Chengdu. Australian broadcaster ABC reported that the allegations were linked to the attempt by Crown to lure rich Chinese to the casinos. Advertising for gambling is prohibited in China.

Government in Beijing is against foreign casino operators

The approach is for a new, stiffer gaunt of the government in Beijing. The main focus is on foreign casino operators, who are advertising in China for their games. Last year, gambling employees from South Korea were also arrested. The fact that foreign employees of a large international company have now been arrested shows how thoroughly the policy in the gambling industry wants to clean up. According to Australian Foreign Minister Julie Bishop, the blow against the gambling part of the anti-corruption proceedings of Chinese President Xi Jinping, which he had already started shortly after his election in 2012, On Chinese citizens in China, Chinese law was now applied. The Chinese authorities had already warned the Crown last year that Chinese high-rollers are no longer allowed to advertise the casinos in Macau.

Authorities in China have been acting for foreigners for two years

Two years ago, Mark Reilly, the Chinese country manager of Glaxo Smith Kline, was arrested in a bribery scandal along with other employees. In the end, the pharmaceutical company had to pay a fine of $ 436 million. In 2015, employees of the US Company OSI Group were accused of selling products that had already expired on expiry date to Chinese fast food restaurants. Ten employees were sentenced to imprisonment in this case.

The Crown Resorts, which is owned by 53 percent of the Australian billionaire James Packer, operates casinos around the world, including Macao. The Chinese Special Administrative Region is the only place in the country where gambling is legal. In the rest of China, the operation of casinos is prohibited.

The law has always provided for a ban on gambling advertising

The stock market reacted sensitively to the arrests and the stock lost more than 13% in value. Meanwhile, the stock has recovered somewhat. To date, the arrests had not yet had any impact on the gambling business in Macau. Many operators are dependent on organizers who bring the High Stakes players to the casino. But recently, the houses in the world’s largest gambling Mecca are also increasingly attracting tourists and leisure gamblers.