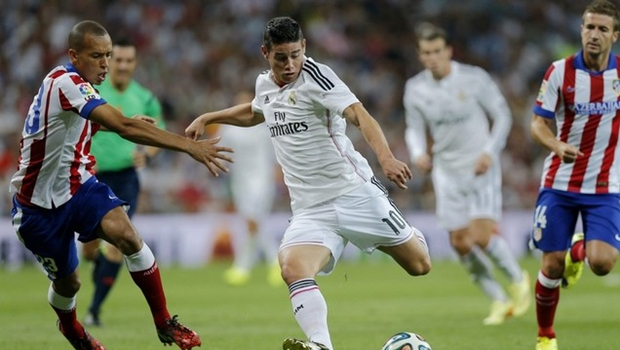 Jackpot bet online throws back to last week when Real Madrid won with 7 games, and it’s voted the best and most active game in LA league this month, therefore we talk about it again.

After Real Madrid’s 7-1 win over Celta Vigo, Craig Burley is scathing about the standard of Liga below the top teams.

Ronaldo, 31, had been whistled by a restless Bernabeu earlier in the game but responded with four goals in the span of 26 second-half minutes, giving him 252 strikes in just 228 La Liga games.

He passed Telmo Zarra for second place, though Lionel Messi remains the all-time La Liga record goal scorer, with the Argentine having managed 304 so far for Barcelona in 12 seasons to Ronaldo’s seven.

Ronaldo answered his critics by swerving a 30-yard strike into the net with Real already 1-0 up in the 50th minute.

He soon followed that with a superb 25-yard free kick right to the top corner of the Celta goal, then completed his hat trick from close range from Isco’s cross, before heading his fourth of the game to the net from Jese’s corner.

Ronaldo also now heads this season’s La Liga Pichichi top scorer race with 27 goals, two ahead of Barcelona’s Luis Suarez, with Messi back on 19 in joint-third. He has also moved one ahead of Benfica’s Jonas to top the current European Golden Boot standings.

Gareth Bale marked his return from a hamstring injury by scoring in his first appearance in 50 days, while Pepe and Jese also got on the scoresheet for Madrid. Iago Aspas got Celta’s only goal in what was their worst defeat of the season.

Elsewhere on Saturday, Las Palmas took another step towards survival when an unexpected 1-0 win over Champions League hopefuls Villarreal brought them a third consecutive victory.

Captain David Garcia gave the visitors a deserved lead on the half-hour mark, becoming the first player to score against Villarreal goalkeeper Alphonse Areola in the league for 620 minutes.

Deportivo and Malaga played out a thrilling 3-3 draw at Estadio Riazor.

Malaga were back in front in the 63rd minute when Ignacio Camacho headed home a corner yet that lead did not last long as Deportivo equalised again in the 69th minute through a fine individual goal by Fede Cartabia.

Deportivo thought they had secured a long-overdue victory with nine minutes left when Lucas swept in a cross from Faycal Fajr. However, with a minute left, the unfortunate Arribas nodded a deep free-kick from Recio into his own net before Camacho collected a second caution during stoppage time.

Relegation battlers Getafe ended a run of seven straight Primera Liga defeats with a late equaliser to earn a 1-1 draw against Sevilla at Coliseum Alfonso Perez.

A free kick from Ever Banega with 11 minutes to go looked to have been enough to give the Andalucians a first away league win.

However, defender Emiliano Velazquez — who had given away the foul for Sevilla’s goal — scored from close range after a corner with five minutes left to earn a point.