Cricket and its different matches

Cricket and its different matches

Posted on January 23, 2015 by Admin in Cricket, Cricket and its different matches 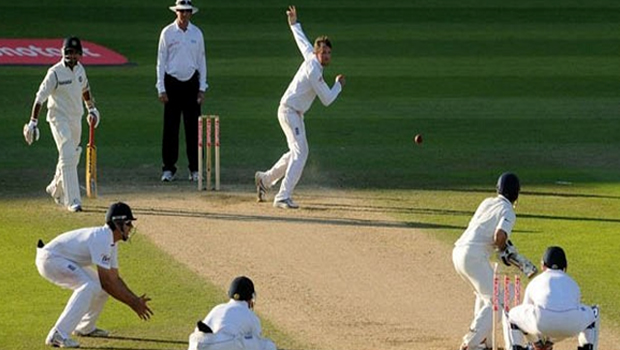 Cricket is a game playing with bat-and-ball among two teams which consists of each 11 players in a field of 22-yard long rectangular pitch. Each team gets a chance to bat, bowl, field and scoring runs. If one team bats then the other needs to field and vice versa. Each turn represents an innings. It is originated in the 16th century in southern England and now it is most popular in West Indies, Australia, South Africa, England and India. If a player is batting and taking runs (after hitting the ball the batsman need to run to the other end of the pitch) then the opposite team needs to bowl and field. Batsman continues his batting until he outs and batting can continue by batting team until all ten batsman outs or number of over’s (an over consists of six balls) have been bowled from that time batting should be continue by fielding team.

Pitch, creases and wickets in cricket

Grassy field is the playing area for cricket and there is no specific shape and size of the field mentioned in law of cricket, but mostly it is oval in shape. A rectangular strip in the centre of the field is known as pitch. Pitch needs be a flat surface with short grass and 10 ft wide. Either end of the pitch apart from 22 yards is known as wickets. It provides as a target for fielder and bowler and run taking place for batsman. At each wicket three wooden stumps are placing vertically in a line one after other. They are mounted by a two wooden pieces known as bails. Height of the stump which includes bails is 25.5 inches and width of the stumps which include the small gaps between them is 9 inches.

Measurement of bat and ball

Cricket bat is made usually with white willow wood and blade topped shaped with cylindrical handle. Measurement of the blade should not exceed 4.25 inches and bat’s total length should not exceed 38 inches. Cricket balls are of two different types such as white ball and red ball. White balls are using in limited over’s match cricket especially match playing under floodlights. First-class cricket, test cricket and in some other cricket forms red balls are using. The shape of the ball is spheroid, with 9 inches in circumference and made from hard leather. The ball hardness can deliver at a speed more than 140 km/h, for that batsman needs to wear protective clothing materials which includes pads (helps to protect shins and knees), helmet (to protect head), batting gloves (protection for hands) and box is using inside the trousers to protect crotch area. Additional padding can wear by some players such as thigh pads, rib protectors, arm pads and shoulder pads.