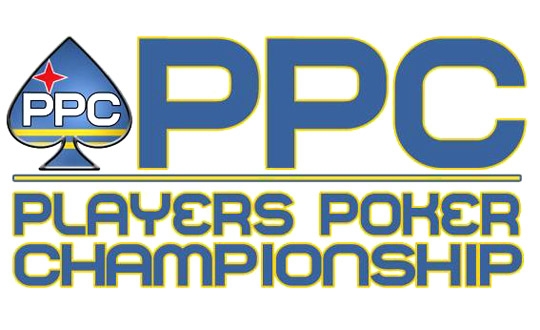 On 17 December last year, poker profi and journalist Brent Philbin posted two Plus Two that four of the six Final Table participants at the PPC Poker Tour Main Event in Aruba are still waiting for their prizes. The tournament had already been carried out in the first week of November 2016. The four players then filed lawsuits against organizers Bryan Oulton and Thomas “Sandy” Swartz Baugh. Now the court of Maryland granted an interim injunction against the PPC.

Among the plaintiffs against the “Players Poker Championship” (PPC) Poker Tour is also the winner of the main event Stephen Deutsch, who is still waiting for his prize money of nearly 134,000 dollars. At the tournament at the Hilton Aruba Resort & Casino in Palm Beach, Aruba, with a buy-in of 2,400 dollars, 266 players had participated in the beginning of November. A cash machine of 500,000 dollars had been guaranteed. The four players who had finished the event in places 1, 4, 5 and 6 received only $ 10,000 in cash after the tournament and the information that the rest should be passed on to their bank accounts in a few weeks. But to this day they have not received any further payments and went to court.

In the complaint, organizers are accused of organized fraud and the operation of a snowball system. In the past week, the state court of Maryland granted an interim injunction against Oulton and Swartz Baugh. Both are forbidden for the time being to participate in commercial activities of any kind. It was also noted that they owe the players Stephen Deutsch, Michael Lerner and Joan Sandoval at least 173,000 dollars. The fourth in the league, John Ott, is waiting for his performance to more than 32,000 dollars. In addition, the claimants still claim 75,000 dollars of damages.

Also the Maryland Live! Casino, which has organized some PPC events, is mentioned in the disposition. The casino should have helped in the fraud as well as negligently acted. A staff member of the casinos should have traveled to the PPC Aruba Main Event to look after the cooperation. He should, among other things, ensure that the final table participants play with a “Maryland Live” match.

In the course of the revelations of Brent Philbin it came to light that the PPC Tour in recent times had often caused delays in the payment of the prize money. Even some employees and sponsored pros still seem to wait for their funds. The two organizers are submerged and do not respond to calls or e-mails. Oulton and Swartz Baugh have deleted all comments on their Facebook page on the payment issues as well as their Twitter accounts. According to a pending document, the two heads behind the PPC were currently looking for new sponsors and investors. Also one had probably contacted other casinos, so that one should offer with the cooperation partner PPC Poker Free rolls. In return, the casinos should then sponsor the PPC Live Events with prizes.

The operators of the PPC probably did not separate the players’ money from the company’s assets and instead, investors paid out or simply spent the money. This process is reminiscent of the case of Full Tilt Poker, which after the Black Friday in 2011 came to the public. In the US, the authorities closed numerous online poker rooms and froze the money of the players. Full Tilt had to report bankruptcy shortly afterwards. Numerous managers from the management level had been decisively responsible for the bankruptcy of the poker room through private withdrawals in double-digit millions. From the perspective of the bruised players, Full Tilt Poker was nothing more than a deceptive snowball system.