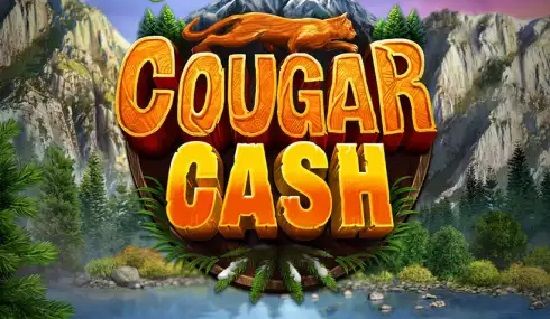 Ainsworth continues to release new slot games for the internet market, with Cougar Cash being the latest. A game with a theme that transports us back to North America’s wilder regions, with abundance of wildlife from the region depicted on the reels. The features have also piqued my interest, so it’s not just the plot that looks good.

Cougar Cash is a 5×3 reel slot with 20 active lines. It’s a game that can pay 1,000x or more the stake depending on how well its features work, and I like that it has a 96.26 percent RTP. Wild symbols, multipliers, scatters, and free spins are among the features that are utilised.

You can choose between a $1 minimum wager and a $50 maximum bet.

Wild combos, which can pay up to 1,000x the stake if they take over all reels, or regulars, which will have multipliers attached to them, will be the sources of payouts. The game’s potential appears to be even greater, but while the 96.26 percent RTP is mentioned, Ainsworth does not disclose the ultimate jackpot.

Features of the Cougar Cash Slot

The wild symbol will be based on the picture of the Cougar. You’re staring at the highest-paying symbol, so if you can get it to cover a line with wilds, you’ll win 50 times your bet (regulars pay up to 15x). Of course, it also aids in the formation of novel combinations with other regular symbols. The substitute’s role is unaffected.

The main feature will be ten free spins, which will be awarded whenever three to five game logos appear on the reels. You can retrigger the feature, but each time you do, you’ll only get 5 extra spins.

The free spins have multiplier wilds that will appear on specific reels as an added bonus feature. On the middle three reels, you’ll find 1x and 2x multiplier wilds, 3x wilds on the third reel, and 5x wilds on the fourth. When a multiplier wild appears on a reel, it transforms all of the symbols on that reel into that type of wild, contributing to all winning combos. If many multipliers are part of the same combo, they all apply.

In the background, a stunning view from one of North America’s national parks appears. It’s the kind of environment where all the species depicted in the slot’s symbols may genuinely reside, with lofty cliffs, swift rivers, and woods.

In the lower places, 9 to A, those symbols still contain some pretty basic-looking Royals, but there are some that look decent as well. Nature Views, Deer, Eagles, Fox, Cubs, and the Cougar as the wild all serve as symbols. The scatter will be the slot’s own logo.

Overall, I enjoyed Cougar Cash; it’s one of Ainsworth’s more recent slot machines. It’s not a ground-breaking version, but it’s packed with useful functions and high-resolution graphics (for the most part).