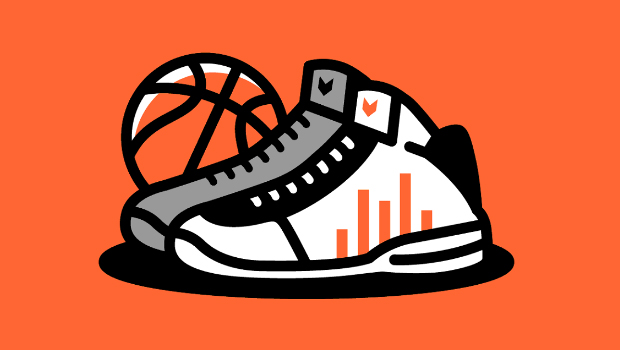 The US companies estimate losses of about 1.900 billion because of the low productivity of their workers during March Madness : time is wasted watching games but also making bets and consulting, brackets …

-Houston Will host the Final Four 2016. The matches will be played at the stadium Texans (NFL), where a capacity of about 80,000 people will be reached. The impact on the economy of the Texas town is estimated at about 300 million dollars . And the arrival of more than 70,000 fans of other places in the US is expected. Each of them will spend about $ 2,100 on accommodation, food, drink and transportation. In this Final Four will work up to 3,000 volunteers and the state of Texas provides more than 8.4 million to cover expenses related to the organization.

-The Tournament threw a profit by television advertising 1,100 million last year, 3% less than in 2014. In the final, each 30 seconds of airtime cost 1.5 million advertisers . That final, which pitted Duke and Wisconsin, was followed by 28.3 million viewers. It is also estimated that almost 81 million people followed the March Madness through the competition platform, NCAA March Madness Live.

-In 2015, the tournament generated 350 million tickets between tweets and Facebook posts , 45% more than in 2014. 16% of the fans and the smartphone used as the main instrument for information on the competition while 17% it Tarver makes your computer.

-The NCAA players only receive $ 120,000 (as a scholarship for tuition, accommodation, meals …). The mean what they will receive those who come to the NBA in his rookie year is 1.9 million. Beyond the players, the figures are dizzying: the president of the NCAA charges 1.7 million a year and the highest paid coach John Calipari (Kentucky) receives 6.4 million per season, a 933% more than the chief executive of the University.

-The Louisville team, which this year self – imposed not be in the tournament by a controversy related to the hiring of luxury prostitutes to visit the players , is the most valued, estimated at more than $ 38 million amount.

– In 2015 , Americans spent about 9,000 million in bets related to the March Madness , which left the casinos of Las Vegas earnings of 100 million. It is estimated that over 60 million people filled the bracket in the US and 10% of the country participates in any competition related to this dialog forecasts. The possibilities of filling out a perfect bracket are one in 9.2 quintillion. It is easier to hit two consecutive years as the country lottery ticket buying only one year to hit all results. In 2015, for example, only 1.6% of the 11.5 million brackets that were filled in ESPN crossings matched the Final Four.

-In March, 17.5 million barrels of beer are produced when the remaining months the national average remains at 14 million. Fans ask 19% more pizza if your team loses if won. That rise, also in case of defeat, is 9% for dessert.