Coach Steve on top of the jury

Coach Steve on top of the jury

Posted on February 9, 2015 by Admin in Coach Steve on top of the jury, Horse Racing 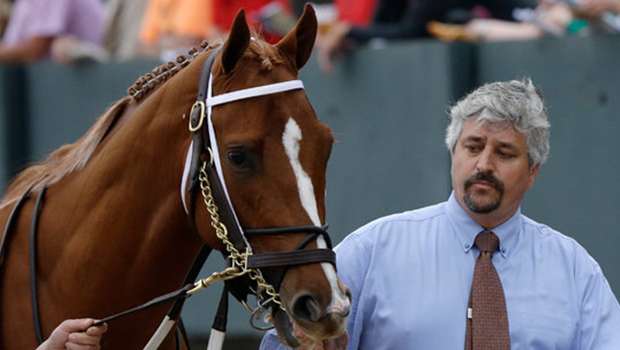 After several years of investigation for the finalist in the Hall of Fame 2014 Steve Asmussen, the jury in combination with the Horse Racing officials in Britain and the Animal Rights foundation in Britain has come up with a decision to free Steve Asmussen of any charges, and make him eligible for every title in the future of his career. This include the Hall of Fame award as well and with this decision he becomes the favorite candidate for winning the award and he will most probably be placed among the other legends of the horse racing sport.

The Kentucky Horse racing commission went through all the evidence that the horse racing association of Britain as well as the animal rights foundation had brought to the jury and all the evidence including the video of the Horse Abuse foundation went through detail checking, and it is confirmed that the so called ‘hitting’ for two years that didn’t allow Steve Asmussen to enter the qualifications for the hall of fame were a misunderstanding, apparently a costly one for Steve Asmussen.

The video that PETA posted on March 2014 where the trainer Steve Asmussen is harassing the horse that he is training where he used fists and stick as a weapon, where he made the horse train while under injury and where he maintained his training methods on the horse whose condition is poor and unavailable to train. On the other hand we finally had to hear the other side of the story where the trainer explains all of the previously said things and ‘weapons’ that were used against the horse.

The trainer Steve Asmussen explains that the injury that the horse received just before the video was filmed and published was common one in his training facilities, and he has been doing that for the last several years, and now that the action is caught on tape it doesn’t mean anything different. He has been using this recovery method ever since he found out about it, and it really works – the horse that needed more than a year to recover from an injury he received in March, was up and running a race last week, which caused for people to be amazed by this technique of Steve Asmussen’s and his ability to heal wounds on horses faster than the other trainers and veterinarians.

PETA once again attacked Steve in hopes of him not being let in the hall of fame, and threw words to him saying that all of that is fine but what about the punches and the kicks that landed on the horse? Steve than answered that it is part of the method, and no other horse would trained while injured if not pushed into it. Steve has made his point, and he will hopefully be in the hall of fame next year.

Visit jackpot bet online to claim some cool prices along with the jackpot.