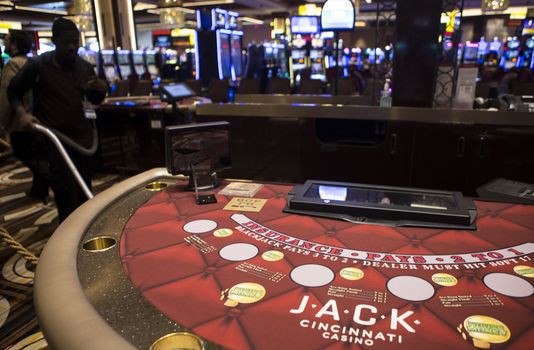 Cincinnati has faced ups and downs in terms of revenue but this time it is recorded as the highest revenue ever in the history of Cincinnati. The gambling centers in Cincinnati has gathered a great collection $807.5 million and it increased to $820 million as a top collection.

In the year 2007 gambling market in Cincinnati was peak but within the end of the same year there was a huge crash since then the market could not get recovered. But this year for the past 12 months it is really a great time for the gambling centers as they did not expect such an income rate.

Gambling market going to the peak is not new because there are many cities in US where the gambling is very famous and records peak collections but in Cincinnati this is the first time ever they have seen such a huge collection.

Seeing a recession shows that people spend less for gambling and concentrate more on their investments positively but gambling market going high shows that there is a great increase in number of people playing gambling. A survey says that there are many new gamblers who play gambling for first time especially the young people who are new to gambling.

As far as the number of gamblers increase it benefits the state in the aspect of revenue that comes through taxes. But on the other hand it destroys the lives of the people to the worst extent if they become addicted to it.

The Ohio state has recently announced the earnings of the gambling centers in the state in which Cincinnati tops with great recovery from recession but other cities also have recorded increased revenue. Cincinnati is now called as the America’s highest gambling market with highest revenue.