Chinese players are essential to the good health of Las Vegas

Chinese players are essential to the good health of Las Vegas 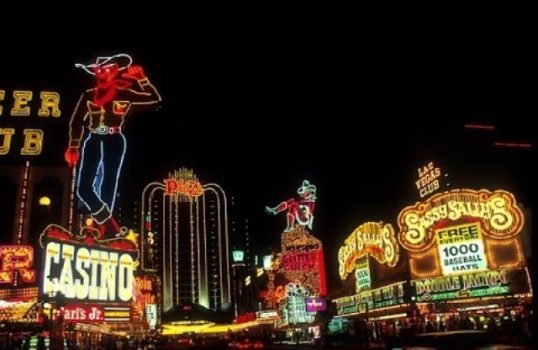 It seems that no matter where in the world, casinos still need Chinese VIP players. The latter are obviously responsible for most of Macau’s income, but they do not stop there. Indeed, we had already talked about the fact that running a casino in Australia was through understanding and attracting Chinese players.

But even when you’re driving thousands of miles and landing in Las Vegas, the need to rely on the Chinese is still needed, as CalvinAyre.com recently showed.

Chinese is the dream client of casinos

Las Vegas has long been aware that attracting Asian players is one of the keys to a successful casino. This is why the city is preparing an area dedicated to the players of this culture. But it’s not just the Asian players that matter, it’s mostly the Chinese players. They are indeed on average more “gamblers” and more fortunate.

Macau is the main destination of casinos in the world (in terms of turnover) despite its small size. Yet with some casinos, the former Portuguese colony generates more money than all the American casinos combined. This is due in large part to the fact that the Chinese spend en masse, mainly to baccarat games.

Attracting the Chinese for wild baccarat games is a way to make your business more sustainable. Las Vegas has understood that.

The following years saw a change of behavior of the Chinese authorities towards their nationals. To develop Macau, the casinos have asked the Chinese players a lot by allowing them to circumvent certain rules including the duration of visas or the amount of money they could carry (and spend). After a few years, China has had enough and has decided to impose more sanctions and controls to make Macau “cleaner”.

But while one might think that these constraints had only handicapped Macau, one realizes that Las Vegas also suffered restrictions on Chinese travelers.

Las Vegas found that “only” $1.2 billion was generated on high-stakes baccarat tables in 2015, $400 million less than in 2013. That’s the importance of the Chinese in Las Vegas … A drop visits from the Chinese to Vegas can cost a fortune and Vegas casinos definitely do not want to miss such a manna!