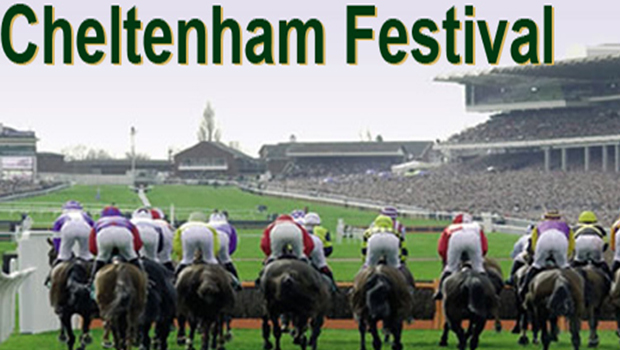 He’s running on Saturday at Kempton (BetBright Chase) and is in good form. He works with Cue Card every morning and got a little bit closer to him in their latest piece of work. This season he came second in the Hennessy and he’s been third in the race in the past so he’s obviously a good horse and very talented on his day. Take (wide-margin winner) Smad Place out and you’re looking at Theatre Guide as a Hennessy winner. We’ll see how he is after the weekend, where the track at Kempton should suit him, then have a look at the handicap options at Cheltenham.

It was three years ago he bolted up by 10 lengths at the Cheltenham Festival and I’ve always said he’d never done anything like that before and he’ll never do anything like it since. Having said that, like so many of ours he’s been right back to form this season, winning the Somerset National at Wincanton in January. He was clear in front when falling in a veterans’ race at Exeter earlier in the month and will head back for the same race he won at Cheltenham, unless he doesn’t get in and then we’ll have to think about the Kim Muir or maybe just wait for the Midlands National at Uttoxeter on the Saturday after the Festival.

Colin Tizzard on Third Intention “It’s a bit of a flyer but we might look at running him in the cross-country race at the Festival. That might be a lovely race for him as it’s often won by classier horses these days.”

He won by a wide margin at Wetherby recently and I was slightly worried that if they took that too literally then he’d go up a lot in the weights but the handicapper knows this horse really well now. He’s got a mark of 140 so he has options, ranging from two miles in the Grand Annual to the Kim Muir. We’ve never quite been sure what his best trip is but he might run over three miles and despite his age he looks about as good as he’s ever been.

He’s by Westerner and he’s actually a half-brother to Thistlecrack. He’s a thorough stayer and he qualified for the Pertemps Final when second last week down at Exeter. Richard Johnson remarked that he’d improved again from the last time he’d ridden him. In a way, I’d like to keep this one as a novice for next season but he might just be top class so we might run him in the Albert Bartlett. If he wins that we wouldn’t mind anyway and if he’s fifth or sixth then he’ll remain a novice.

The sister of this one’s dam was the top-class First Gold. He’s won a couple for us and won at Wincanton just last week by 17 lengths. We’ve actually entered him to run there again next week as he probably won’t get in at the Festival as things stand. We bought him as a three miler and ran him over that trip first time but he finished last and we’ve dropped him back since. He’s got a couple of handicap entries at Cheltenham and on that Wincanton form you’d have to think he’d have a chance if he manages to get in one of them.