Chariots of Fire, the new Rival Gaming epic scheduled for May 17 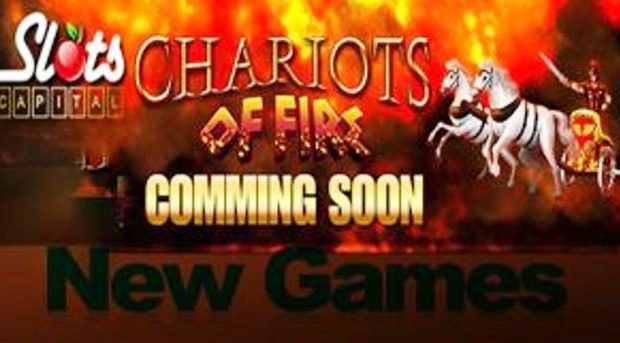 Rival Gaming announced the imminent launch of a new online slot game called Chariots of Fire. This future slot is slated for release on May 17 on all Rival casinos and will be mobile compatible, as is the case with most games that are currently out.

Rival raises the power of Rome

The Chariots of Fire slot machine has 5 reels and 25 paylines, as is often the case with Rival games. It is based on the theme of Roman tanks, which were commonly used in the Colosseum for races but also on the battlefield to take advantage of the enemy.

“Rome was not built in a day. It was thanks to the conquests of war that the Roman Empire spread out. The Emperor sent his best soldiers with their swift and powerful tanks. The speed of the horses allowed the soldiers to quickly encircle the enemy. When the victorious soldiers returned home, people waited in the street to celebrate the success of the Roman army. “According to Rival Gaming.

Chariots of Fire is a slot with warrior instincts that will offer symbols of shields, armor, crossbows, soldiers and others. Players will enjoy wild symbols, scatters, free spins and expanding wilds. Rome is a theme widely used by online game developers and is almost as popular as ancient Egypt.

The free spins will be triggered by the icons of the soldier. This same icon will allow to maximize the gains during the free games, in particular by transforming the first and third rolls into wild.

Rendez-vous on Wednesday May 17th to test this new creation at the paces of Ben-Hur!