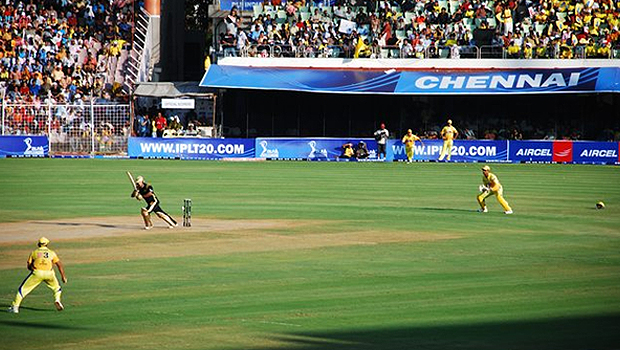 One of the biggest domestic T20 cricket competitions playing is the Champions League tournament that features sides from India, Australia, New Zealand, Pakistan, Sri Lanka, the West Indies and South Africa. This year’s competition is the sixth edition of the tournament and it is the sides from the world’s most favoured T20 league – the IPL – that top the billing to win this year. Indian sides have won three of the five previous tournaments and I take a look at their chances in this year’s competition too.

The Knight Riders top the billing this year having booked their place in the competition as the winners of the 2014 Indian Premier League. This was their second IPL triumph in three seasons and this secured them their third ever Champions League T20 place, where they are favoured to far outstrip their group stage eliminations in 2011 and 2012. In players such as Gautam Gambhir and Jacques Kallis they certainly have the ability to win this year’s competition, but will their closest challengers step up to the plate?

Punjab are the close favourites as they pushed the Knight Riders all the way 2014 IPL Final recently and made history as they scored the first century in an IPL final in their first appearance at that stage of the competition. Only some late heroics from Kolkata saw them lift the trophy instead of Punjab. They have a fearsome team for their first Champions League T20 with massive names such as Virender Sehwag and Mitchell Johnson in the side as well as record breaking wicket keeper Wriddhiman Saha who knocked for 100 in the IPL final. Will they be able to claim their revenge against Kolkata in this competition?

The theme of the Indian sides being the teams to beat continues as the Chennai Super Kings are the third Indian side in the competition and third favourites for the title. They had their worst season in the IPL this year as they only made the playoffs having reached at least the semi finals in each of the previous six tournaments, winning two. They have a fine history in this tournament too having lifted the trophy in 2010 and reached the final four last season, where they were beaten by the Rajasthan Royals – who lost the final to the Mumbai Indians. They, too, have quality in their squad with attacking players Suresh Raina, Brendon McCullum and Dwayne Brave top of the pile.

All three Indian sides are certainly top of the pile quality wise ahead of the Hobart Hurricanes and Perth Scorchers at 7.00 and 23.00 to win the competition. The Super Kings were just third best in the IPL this year, but with the experience they have in this competition coupled with some superstar players they are certainly the value bet to win the 2014 Champions League T20 tournament.