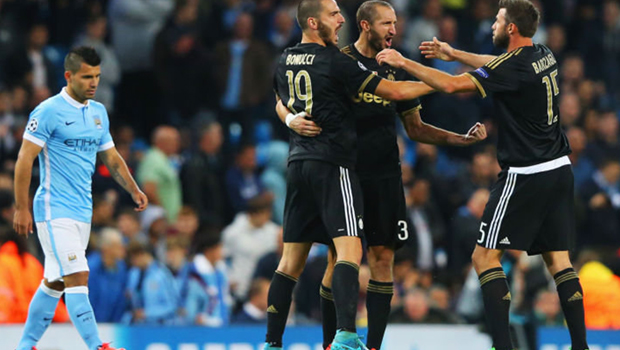 We have come to that time where the group stages of the champion’s league have begun and the best teams in Europe collide and crush to fight and to prevail in order to conquer the most valuable team trophy in the world – the Champion’s League Trophy. Tuesday was the day where groups A to D played their first games and from day one we had few interesting moments that hooked us to the chairs and couches in front of the TV to be witnesses of the happenings in the next matches of this competition.

It was all good for the Portuguese champion Benfica to secure its 1st win in the 1st game against the outsider Astana which came from Cyprus. After goalless 1st half Gaitan and Mitroglu were scorers for their team.

Atletico Madrid had an excellent start of the game against Galatasaray in Turkey and they had 0:2 in the 25th minute with Griezmann Scoring two goals in 3 minutes, but after that nothing interesting happened in the game and the result stayed the same.

As expected PSG got their duel against the Swedish Malmo with 2:0 and Wolfsburg with a slight harder task against CSKA Moscow managed to win with 1:0.

The interesting part starts with Manchester United losing to PSV Eindhoven in Netherlands where after they had the lead of 0:1 with Depay scoring a goal they managed to let it slip and concede 2 goals. Moreno and Narsingh propel PSV to the 1st place on the table after the 1st fixtures have been played.

Sevilla and Monchengladbach played a very interesting match where the Spaniards Sevilla had been given three penalties. What was interesting is that they were all correct decisions and the players of the German team Monchengladbach didn’t even protest to the referee and let the whole thing just go on. After scoring the 1st penalty goal, Gameiro missed the 2nd just 3 minutes after, and for the next penalty 16 minutes later in the 66th minute Benaga took the driving seat and scored for 2:0 in the third penalty of the game. After just several seconds in the game, Konoplyanka scored a goal for Sevilla, as he was probably feeling worried that his team scored all the goals from penalties.

Real Madrid and Shakhtar were also full of penalties as Cristiano Ronaldo managed to score both of the penalties, after the Ukraine team’s players played with their arms in the box twice. On top of that Benzema scored the 1st goal in 30th minute while Ronaldo put the final 4:0 in the 81 after a fine cross by Marcello.

Last but definitely not least is the best match of this day, and that is Manchester United vs Juventus where they played without goals for the entire 1st half but managed to score three goals in the 2nd half. Manchester took the lead as expected but Juventus got mad and Mandzukic and Morata managed to heat Hart and get the most wanted 3 points in the 1st fixture of the UEFA Champion’s League.