Champion’s league day with three goals on both matches

Champion’s league day with three goals on both matches

Posted on February 25, 2015 by Admin in Champion’s league day with three goals on both matches, Football 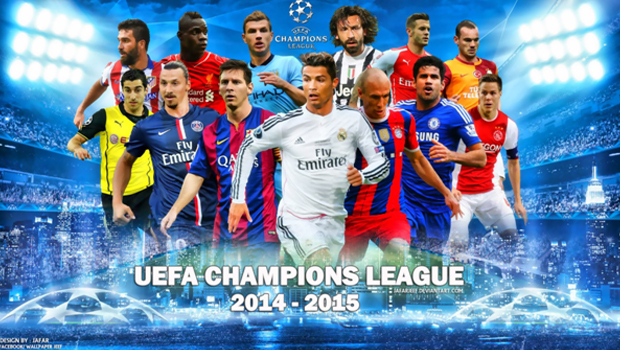 The UEFA Europe Champion’s League had an interesting day on 24th of February where we were able to enjoy in two matches from the playoffs, both full of surprises where every team who played managed to score at least one goal.

Borussia Dortmund was hosted by Juventus in an interesting duel that almost got the world surprised. As soon as the match started, Tevez opened the scoring for Juventus receiving a perfect pass by Morata. Not long after, just 5 minutes to be precise, Marko Reus in solo action managed to put the ball behind Buffon’s back, equalizing the result. AL. Piszczek and Andrea Pirlo were not able to continue the match, so two forced substitutions in the 32nd and 37th minute, one for both teams. As everyone were expecting the half time and settling for the 1:1 score line, Pogba had a different thought. He produced an excellent assistance to Morata, who managed to slam pass Weidenfeller, make it 2:1 for Juventus just before the half time, with that eventually being the final score of the game. In the second half, the Germans had few chances but failed to produce the final shot, therefore the result was not changed. Vidal and Peraya received yellow cards in a fair game that we were able to witness. Ball Possession 48% : 52%, shoots 11:12, offsides 4:2 crosses 33:26.

The Second match in this day in the Champions League was played on Etihad where Manchester City hosted Barcelona. Barcelona had the odds of winning this game, and that’s the way they started. Luis Suarez managed to score on his 1st shot on Hart’s goal, which happened in the 16th minute. 39th minute was 0:2 already as Luis Suarez, having played in Liverpool before joining Barcelona, was familiar with the whole Manchester city defense and the goalkeeper, and all the moves they are making. A great pass by Alba was turned into a goal by Luis Suarez. Rakitic and DaniAlves managed to make the referee give them the warning called a yellow card just before the half time.

The second half was a totally new game. Barcelona on their half with one or two chances overall until the end of the game, where the hosts Manchester city had to do something to please their supporters who came to cheer for them. Clichy got booked in the 59th minute, and two substitutions including Fernandinho replacing Nasri, and Boni on Dzeko’s place finally gave a result. Fernanginho with a pass long more than 30 meters found Silva in the enemy’s box, who heeled it to Aguero, making him get one on one with the keeper, and it was a chance that could not be missed. 1:2 was the score line, and Manchester city received wings, but it was all cut down when Clichy received his 2nd yellow and Pelegrini had to make a defensive tactic. The result stayed the same until the end, and a fact worth mentioning is a missed penalty by Messi, where Hart managed to guess which way he was going to shoot.