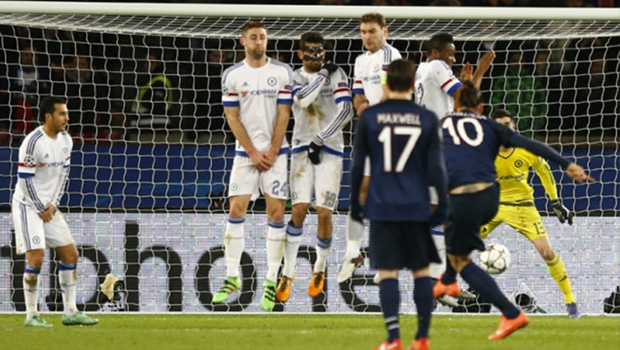 Paris Saint-Germain football players have gained an advantage over the second leg knockout stages of the Champions League, as they are in their stadium with a 2: 1 beat Chelsea. Benfica was better than Zenit – 1: 0

Paris Saint-Germain football players have gained an advantage over the second leg knockout stages of the Champions League, as they are in their stadium with a 2: 1 beat Chelsea.

Scorers for the French club were Zlatan Ibrahimovic in the 39th and Edinson Cavani in the 78th minute, while the goal for the visitors from England to make up the first half by John Obi Mikel.

PSG was completely dominant at the beginning of the match when he had several good opportunities to take the lead. However, Chelsea’s defense was, and after 23 minutes had the best opportunity until then, when Kevin Trap defended fired head Diego Costa, after which the shot hit the crossbar.

The home team continued to play well and took the lead in the 39th minute from a free kick, which the arbitrator awarded after a foul by John Obi Mikel of Mura. Ibrahimovic’s shot from 20 meters, the ball is caught Mikel in a living wall and deceived Thibaut Courtois.

Mikel does, however, make up for mistakes in stoppage half, when a spectacular a penalty after a cross Vilijana the corner and shot from five meters mastered trap.

Both teams are in the second half, had a chance for a second goal, and he used his spare player PSG Cavani, who is four minutes after replacing Mura took great pass Ángel Di Maria and through the legs beat Courtois.

Serbian player Branislav Ivanovic was the Chelsea captain in the absence of the injured John Terry, while Nemanja Matic has not played for the London club through suspension.

Football players Benfica won in Lisbon Zenit St. Petersburg with 1: 0 in the first leg of their Champions League final.

After a balanced first half, the home team is in the second half was more dominant, created more opportunities, but it just came to a goal in injury time, when a goal by top scorer zonas.

Zenith this was the first competitive match after more than two months, and Benfica came into the match after primary defeat of Porto, so that both teams began cautiously sword.

Russian team in the first 45 minutes did not create any chances, while zonas had one good shot from distance, but Konstantinos Mitroglou has placed the ball in the net Zenit, but he was offside.

The second half brought more thrills. Zenit is the best opportunity missed after 52 minutes when Axel Witsel after a nice solo action shot, but it is Julio Cesar’s shot.

Benfica had several half and no other significant opportunities in the second half, but the match was resolved only at the finish of the match. The first is Domenico Criscito off in the 90th minute for a second yellow card.

Foul shot of Nicolas Gaitan and found the zonas in the middle, which is the head settled the score with the right post for the win.