Champions in need of help

Champions in need of help 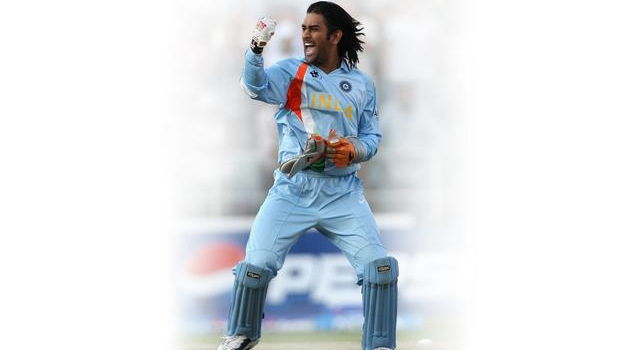 The championship, played once in two years, may lack the brand-equity of the conventional World Cup or even the IPL, but it does have a role to play.

Twenty20 Internationals are mostly an after-thought, confined to two-match jousts riding piggyback on Tests and ODIs in bilateral series.

Cricket’s shortest format often derives it hype from various domestic leagues, especially the Indian Premier League. And notoriety too, as revealed through IPL’s spot-fixing stain in 2013.

Seen in that light, the lone lifeline for Twenty20 Internationals is the ICC World Twenty20. It is also a nostalgia-magnet for the game’s innumerable followers. None in India will forget M.S. Dhoni’s men lifting the inaugural trophy at Johannesburg in 2007. Same is the tale for Twenty20 devotees in Pakistan, England, West Indies and Sri Lanka, winners of the previous editions.

Yet, there is no denying the omnipresence of the domestic league. The imminent ICC World Twenty20 at various venues across India from March 8 to April 3, is a case in point. Just a few days after the champion has been decided, the champagne has gone flat and the dust has settled, the marketing spin-masters will rouse the cricketing globe into believing that the finest Twenty20 action is just around the corner. The IPL will roll into view from April 9 and it may well be a case of the dessert overwhelming the full meal!

The IPL, with a brand-valuation of $ 4.13 billion, is expected to suffer a drop of 15 per cent due to the temporary exits of Chennai Super Kings and Rajasthan Royals, following corruption allegations, and yet it remains a monolith that draws in advertisers.

The ICC World Twenty20 not only has to contend with this economic fact but also with the physical truth of some cricketers perhaps struggling with injuries, as they have coped with a packed international calendar and other leagues like Australia’s Big Bash or Pakistan Super League.

Ironically, the global Twenty20 event was initially conceived to tide over the mixed-emotions swirling around the conventional World Cup that literally concluded in darkness during the 2007 edition in the West Indies.

Back then, after a farcical final played under bad light and in which Ricky Ponting’s men still found their champion’s halo, the then ICC chief executive Malcolm Speed apologised for the anti-climax and ominously a sponsor’s board fell. Reportedly, Speed later said: “It was a fitting end to the event from hell.”

The dregs of discomfort emanating from that World Cup was sought to be washed away with the inaugural ICC World Twenty20, later in the same year. Host South Africa and even a Twenty20 sceptic like India (yes, back then the BCCI wasn’t enthused about cricket’s most abridgedversion) embraced the tournament.

Cut to the latest edition, the roles have been reversed and the ICC World Twenty20 has to constantly peer over its shoulder or look ahead, surrounded as it is by various leagues and tweeting players, showing their love and affection for different franchises.