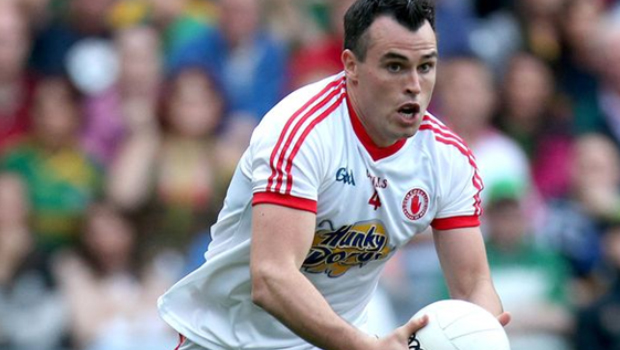 Cathal McCarron’s autobiography is going to be released

Cathal McCarron who is a Tyrone Gaelic footballer has publicised about his upcoming book on Twitter. He has mentioned that the book will be published in this year end. Since the announcement, a curiosity has been created among the people.

Actually McCarron was a well known football players and he was one among the panellist during the 2008 when the Red Hand County won the title. McCarron has gone through many controversies so far. Though he was a skilled player in the ground, he failed to score points in his real life.

Cathal McCarron was addicted to gambling before and also he has done robbery. Moreover he was appeared in a pornographic movie. These things have changed his life upside down and his career and fame was completely vanished.

People who have so much love and respect for this player have started to hate him. He has gone through so many things in his past days. However, now he has planned to reveal his autobiography.

Since he is interested in creating his autobiography, he joined hands with the publishing company named Simon & Schuster. Also he associates with the ghost writer Christy O’Connor who is a former goalkeeper. Christy O’Connor is the author of the book ‘The Club-for ‘out of control’. This book has won many awards.

The team of these people have created much inquisitiveness among the people. This autobiography will have the emergence of McCarron in Gaelic football and his addiction towards gambling and the other problems that he has faced.

Actually when McCarron found guilty for involved in gambling activity, he went to London in order to start and lead a proper life. But problems did not leave him. A video in which he involved in sexual activity has gone viral.

In that situation, many people have shown their support for Cathal McCarron. The GAA community members support to recover from the bad condition. Joe Brolly once tweeted “McCarron is in the need of our support. He is in a bad situation”

The community did stop their step by just supporting they have brought McCarron to a recovery programme. The manager Mickey Harte is been a very big support for Cathal McCarron.

After recovery, he gets back to Tyrone and play in the All-Ireland semi finals. In fact, he was nominated as the All-star award since he has shown impressive performance in the series of game. Though he came back to the form now, his gambling addiction costs so many imperative things in his life.