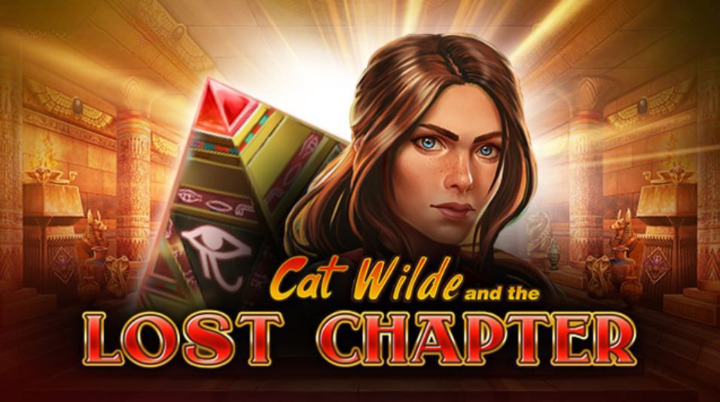 Dr Evil, Austin Powers’ arch-nemesis, wanted his son to follow in his footsteps, but Scott didn’t seem all that enthusiastic? ‘You just don’t get it, Scott,’ I say. ‘No, you don’t.’ Rich Wilde, the Indiana Jones-style figure from Play’n GO, is one father who has no qualms with his children following in his footsteps. The sophisticated adventurer has made appearances all over the world in many online slots, and his daughter Cat has been collecting passport stamps for a time now. Cat Wilde and the Pyramids of Dead, another in Play’n GO’s expanding ‘of Dead’ collection of slots, sees her return to familiar ground.

There are set 10 paylines for scoring winning combos across the 5-reel, 3-row gaming panel. Fans can expect on Play’n GO to give rock steady maths, at least when considering the default RTP setting and volatility resting squarely on the ‘high’ side of the metre, in addition to the pleasant aesthetics. Furthermore, players have a stake range of 10p to £/€100, and the game may be played on any device.

A win is achieved by landing identical symbols from left to right on the first reel, which requires at least three low or two high rewards. Low-paying symbols include 10-A card royals, which pay 6-8 times the stake for five of a kind, rising to 40-1,000 times the stake for five of the higher-paying scarab, Anubis, Pharaoh, or Cat symbols. The higher-than-normal Cat symbol works well with the ‘book’ game’s expanding nature.

In Pyramids of Dead, getting the top paying symbol with the first free spins isn’t strictly necessary. Let’s take a look at the Pyramid Wild Scatter first to discover why. Because this symbol is wild, it can be used to complete regular win lines in place of any other pay sign. Furthermore, landing at least three Pyramid Wild Scatters activates one of the three bonus games: a Jackpot Round, an Instant Prize, or Free Spins.

When this function is activated, each scatter in view displays a coin value, which is tallied up and a prize is given. This might be worth up to 500 times the stake.

When you activate the Jackpot Round, 12 pieces of pottery appear on the screen, with four jackpots above them.

Cat Wilde and the Pyramids of Dead has a fantastic design that isn’t too overpowering, and the soundtrack is very typical. It’s a game that should easily entice a ‘book of’ fan, though there’s nothing really noteworthy to see given that PnG has been pumping them out like there’s no tomorrow.

Pyramids of the Dead has an instantly recognisable postcard aesthetic, but one that isn’t particularly inventive. The game takes place in Egypt’s pyramid region, with the gaming matrix smack dab in the middle of a temple-like complex with hieroglyphically marked columns. Pot plants sway gently in the breeze, birds fly past, and it’s easy to imagine life during one of the Dynasties, when Egypt, or Kemet as it was known back then, must have appeared like the centre of the universe. There’s no way an inhabitant could have predicted how popular their mystical place would be thousands of years later in online slots, even in their wildest dreams.

To summarise, Cat’s excursion to the Land of Pyramids is worth a look if you enjoy this type of game. Play’n GO has packed everything that a ‘book of’ slot is known for, as well as a number of unique features.