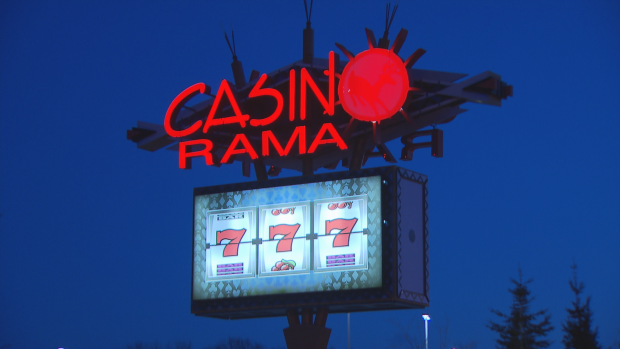 The data of the players stolen at Casino Rama were disclosed on the Internet 24 hours after the establishment announced that it had been the victim of a cyber-attack.

Casino Rama, the first public hotel complex in Ontario in Canada, announced that it had been the target of an unknown virus. The institution stated that an unidentified hacker stated that it had “current and past information from clients, employees and service providers” dating back to 2004. This offense was discovered on November 4th and stolen data, There are emails, technology information, hotel and casino financial reports, security reports, collection and debt information, credit requests, provider information and private data. All casino staff.

Casino Rama has created a web page to keep victims informed of the latest business updates and advises clients and employees to keep an eye on their bank accounts to report suspicious activity.

The day after the attack, the stolen information surfaced online. City News, the Toronto news site reported that an anonymous hacker had posted some of the stolen information online, along with a warning that it could do the same for all data within 72 hours. This is terrible news for legal online betting in Canada, and this can cause a drastic drop in the number of players who access these platforms for entertainment.

The hacker also published a note explaining that it was “extremely simple” to access the Casino Rama files, and that “no security system was in place, which made the whole network of the establishment Vulnerable “. He went on to castigate the casino on the fact that the casino convinced the players that “the protection of information and data of the customer is taken seriously”, whereas this is really not the case.

City News also stated that among the data published online, there were customer credits and betting history, information about a collection agency compared to a debt of a bettor of Ontario amounting to 100,000 Annual performance evaluations of team members and faxes sent to banks.

To top it all off, a collective privacy lawsuit involving a $ 50 million Canadian reimbursement from Charney Lawyers PC and Sutts, Strosberg LLP on behalf of Casino employees, customers and service providers Rama was also mentioned. Lawyers have also created a website on which victims can register for prosecution.

So far neither the anonymous hacker, nor the betting establishment of Ontario, Casino Rama, have indicated if this offense was a blackmail attempt against the casino.

Casino Rama is not the first to be hacked

Casino Rama is certainly the first public casino, but it is not the first online betting site to have been targeted in this way. In 2014, Sands Bethlehem, a property of Las Vegas Sands Corp. was the victim of a major security breach orchestrated by hackers.

Recently, we saw the British bookmaker William Hill being victim of a DDoS attack that put off its website. In this case, the pirates apparently used the new Mirai botnet, which helped them to divert thousands of devices connected to the Internet of the Objects (IdO) to bombard their targets with Incoming data.

The source code of the botnet Mirai was published online at the beginning of October, which caused a multitude of DDoS attacks on several websites. The company’s security expert Flashpoint believes that the Mirai code can actually be acting against hackers because they are all competing to divert the same devices connected to the Internet from the Objects. The company also believes that the domain of the botnet IdO used is currently saturated, and that there are not enough new devices vulnerable. However, the company maintains that there are always three or four Mirai botnets in circulation capable of launching DDoS attacks such as those we have seen recently and which have led to the temporary inaccessibility of Twitter and Reddit