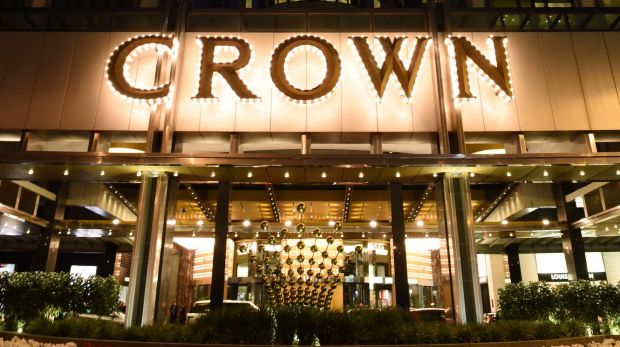 Casino Mogul James Packer is currently one of the richest Australians. From his father, the media mogul Kerry Packer, he took over after his death in 2000, the gaming group Crown Limited. Now, Packer sold a large part of its stake in the Asian casino operator Melco Crown. Main owner of Melco Crown is the Packer friend Lawrence Ho, the heir of the legendary Hong Kong billionaire Stanley Ho. The company operates playhouses in Hong Kong, Macau and the Philippines. The shares are sold at a time when the casinos in Macau had reported an increase for the fourth consecutive month. Packer wants to focus on his home market Australia again in the future.

2016 was not necessarily the year of James Packer. In January, he was engaged with his girlfriend, the singer Mariah Carey. However, in October 2016, the out came for the couple and after nearly two years of relationship the separation was announced. Carey calls for the end of the relationship $ 50 million compensation from her former fiance. She had lost a lot of money because of him, had neglected her music career and was still traumatized after the disagreement. In addition, Packer had made his financial promises, which he had never observed. Carey has also kept the 10 million dollar engagement ring.

18 Crown employees are still in prison in China

The next bad news came from China. In mid-October, 18 employees of the Crown Resort were arrested for violations of the law on gaming. The employees are still in custody during the ongoing investigation. Only next year the police will decide whether the employees of the casino are also accused. According to Australian radio broadcaster ABC, the allegations are linked to Crown’s attempt to lure rich Chinese to the casinos. Advertising for gambling is forbidden in China. The Chinese Special Administrative Region of Macau is the only place in China where gambling is legal. In the rest of China, the operation of casinos is prohibited. After these events, Packer does not seem to see any future in the Chinese casino market.

By the time the Chinese government announced that they would be more strict against foreign gambling companies and halved the payout limit of mainland visitors in order to keep more money in their own country, the price of the Melco Crown share rose by 13 percent in November alone. This seemed to be the right time for packers to become active. He decided to reduce his shares in Melco Crown Entertainment from 34.3% to 11.2% in three tranches. He also gave up his positions as Chairman and Chief Executive Officer.

Packer focuses on $ 2 billion of expensive casino construction in Sydney

In the future, James Packer wants to concentrate fully on the casino and hotel business in his home country Australia. At the heart of the new strategy is the prestigious construction of the at least $ 2 billion casino tower in the new Barangaroo financial center in Sydney. In the past months and years Packer has already withdrawn from countries like America, Japan and Sri Lanka. The sales had been necessary, among other things, because Packer needed billions of dollars to reach an agreement with his sister Gretel.

The share selling of Melco Crown should bring packers now about 1.9 billion dollars. As a result of the Chinese authorities’ action against rich gamblers, Melco Crown sales fell by 45 per cent. In the Australian casinos, sales had already declined by 12 percent this year. Casino Mogul currently holds 48 per cent of the listed Crown Limited Group. Despite the bad figures, Packer opened his new hotel “Crown Perth” in Studio City in Macau at the end of October and also a gambling room in Perth for 700 million dollars. Above all, construction in Perth is intended to secure the existence of the Packer Group in the future.

After selling its shares, Packer still holds 11.2 percent of Melco Crown. He does not want to leave the Asian business completely, as a new market for gaming is currently being established in Japan. In the past, casinos were illegal in Japan. But the government under Prime Minister Shinzo Abe had passed a law regulating the market in December. If everything goes according to plan, the first legal casinos could start operating in Japan in about five years. Japan could be the second largest casinos market in the world behind the Chinese island of Macau. The US investment bank Union Gaming Group estimates the initial sales potential at 7.4 billion euros annually, far more than in Las Vegas.