Casino Marbella brings together the best poker players in Spain

Casino Marbella brings together the best poker players in Spain 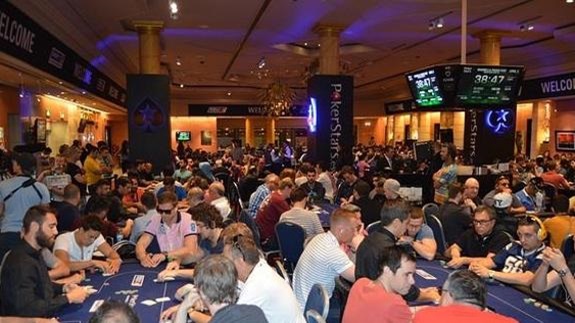 Following the success of last year, with more than 500 participants throughout the festival, the Spanish Championship of Poker returns to the Casino Room Poker Room. The 5th stop of the CEP (Spanish Poker Championship) this year aims to exceed the results of 2015. It will be from 26 to 30 October.

The Championship of Spain of Poker has already consolidated like reference of the best circuits of Poker at national level. Barcelona, ​​Madrid and Alicante are some of the big cities that host this festival.

Starting Thursday, October 26th, the Casino Room Poker Room will be the venue for this championship. Qualifying tournaments of various modalities and side events complete the calendar of the event. In addition all Cash Game tables will be in operation from 8pm.

Players from all points of the national panorama will come to Marbella attracted by this championship. More than 50 participants have already secured their place through the qualifying satellites. Hotels in the area add to the offer with special rates for these players.

The official calendar maintains the same characteristics as in the rest of the stops. With an entry price of 460 euros +40 euros, 30,000 points and levels of 60 minutes, the Main Event is a claim for the most demanding players. Detailed information, schedules, prices and online registration are available on the tournament schedule Casino Marbella

Another attraction of the CEP is the televised final table. Through streaming, users can follow the live broadcast of everything that happens.Marbella acquires more visibility at the national level. In addition, anyone who wants to get a ticket at a great price, you can do through the steps and satellites circuit sponsor.

The New York player, Jerry Wong, is known worldwide in online poker as “hummylun.” A nickname that has taken several bad passes in the River at decisive moments.

In 2012, Wong almost reached the final table of the Main Event in the World Championship of Online Poker (WCOOP), however, a trio of six against his pair of aces left him in the gut prematurely.

The Spaniard Fernando Pons already knows what it is to suffer in the 2016 WSOP. In fact, a bluff on one of the Main Event days is one of the plays he remembers with a lot of joy.

“It took me two or three minutes to decide to pay. I bluffed it almost from the beginning, but when you are about to pay you will come to the whole tournament, the amount of money there is if you put up with it. In the end, I decided to trust and it went well, “he said.

However, that was not the only joy of the Spanish, besides seeing -in situ- the best hand of the tournament between Griffin Benger and William Kassouf. American Dan Colman also had to suffer the Spaniard, in one hand we analyze a few days ago in PokerListings in Spanish.

Pons may be the first Spaniard to get the world champion bracelet since Carlos Mortensen did it in 2001. If so, we will be here to tell you about it.