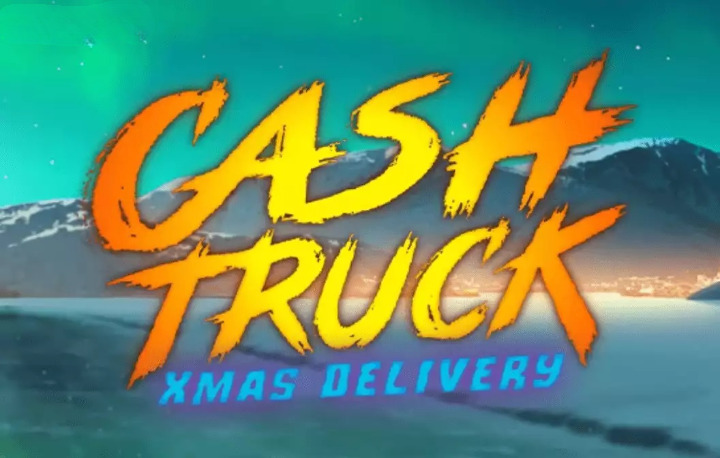 Cash Truck Xmas Delivery is another slot with a Christmas theme a player should try out. The developer of this slot, Quickspin, mixed different features to enable players to earn more. It is a thrilling game with a no-nonsense attitude, great for relaxing during the festive season. But what does it entail? Read on and understand more.

Cash Truck Xmas Delivery puts players on the go as Santa is out trying to grab and hoard presents with his fingers. Santa goes after the truck on a wintery highway, just like in the Ice Road Truckers, which took place in the Arctic areas of Alaska and Canada. The setting of this slot includes snow, the Aurora Borealis at night in the bonus round, and mountains. A metal track also keeps the thrill while the game is on. The soundtrack is unique as it’s rare in most Xmas slots.

The grid of this slot has five reels and seven symbols with 1024 ways to win. The unique thing about this slot is that the top 3 rows start the bonus round while every base game spin is locked. To win, a player needs to land matching symbols on three consecutive reels from the leftmost. The Cash Truck Xmas Delivery has three different RTP models. The highest RTP is 9,6.0%, and it’s a highly volatile slot. To play, a player has to place a bet of 20 p/c to 100 euros per spin on a desktop, mobile, or tablet.

The slot has both high, mids, and low pay symbols. The low-pay symbols are clubs, diamonds, hearts, and spades worth 0.6x the bet. The mids are gas cans, elves, Rudolph, flamers, and picks worth 0.8-2x the stake for a five-of-a-kind. This slot’s only high pay symbol is Santa, worth 5x the bet. Furthermore, this slot has wild symbols which appear on all reels and can substitute all the paying symbols. If the wilds make wins of themselves, their value will be equal to that of Santa.

Hitting a winning combo during the base game can lead to the winning symbols being removed from the grid while three random positions from the locked positions are unlocked. It can also make symbols from above fall near the gaps created by the removed symbols. When this happens, and a new win is created, it makes the tumble mechanic fire again. If all the positions are unlocked, it results in 16,807 ways to win.

After completing the tumbles, the second chance bonus occurs if two scatter symbols are on the unlocked area. When this feature is active, all the symbols on the open play area are removed except for 2 scatter symbols. Then three random positions on the locked site open up as new symbols replace them from the above reels.

Hitting 3 scatter symbols earns a truck raider bonus. But when more than three scatter symbols trigger the feature, it makes another round to begin with one extra expander symbol per scatter. Another game starts with three Xmas gift symbols in random spots on the grid, with all the symbols having a bet multiplier value.

A player gets three spins if new Xmas gift symbols, blanks, or special symbols appear on the grid. The new symbols will be stored on the spot they landed on, and the spin will reset to 3. But if the round ends, the total value of all the symbols in view is multiplied by the bet.

The special symbols include:

Cash Truck Xmas Delivery has unique Christmas features that help a player win. The highly volatile slot is full of Christmas actions as Santa tries to pick goodies while the truck makes deliveries and pickups. It’s an original version with a fascinating dystopian world and high-quality visuals. However, some players might not like this slot because it’s associated with a certain season.

Quickspin tried covering up for such players by introducing the Xmas crossover. But a player needs to note that this is good work from the developer, as only a few studios have come up with such an approach and creativity.  The only slot, the Saints Nicked, is the closest competitor to the Cash Truck Xmas Delivery. This is despite having different features and gaming experiences. But both have dark humor, which is unlike most slots. The maximum win of 25,000x the bet indicates players have a high chance of making a good win.

Every end year comes with many celebrations and holidays which make families spend time together. While relaxing at home this festive season, play the Cash Truck Xmas Delivery indoors and stand a chance to win big. The Christmas-themed slot will also put you in a celebratory mood while earning money. Cash Truck Xmas Delivery shows the developer’s high creativity level, which is unlike most slots that have redone other slots without any changes. It’s an entertaining slot worth a player’s time and money.