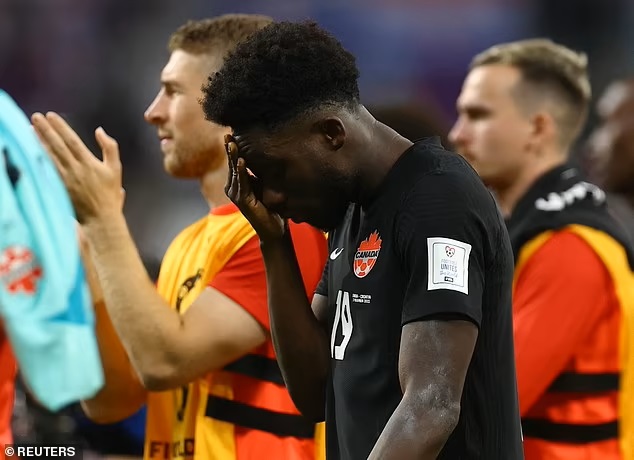 When Morocco plays Canada on Thursday in a World Cup Group F match at the Al Thumama Stadium, they will have a chance to stay in Qatar past the group stage.Although Canada is already out, this game could have a significant impact on the North African team.

Canada vs Morocco Tips and Prediction

The final matchday of Group F has several possible outcomes and is still very close and difficult to predict.

Morocco, on the other hand, may find things to be very straightforward; win or draw, and they advance regardless of what transpires in the other match in the group.

If Morocco were to lose by four goals or more and the other group game ended in a draw, they would also be eliminated.

In either case, Morocco simply needs to complete the task at hand, although it would be quite regrettable not to advance after having already taken points away from both teams competing for a position in the round of 16.

However, judging on their results thus far, the Atlas Lions should have no trouble handling that challenge, as they easily defeated both Croatia and Belgium.

While the 0-0 draw with the Vatreni was a dull game, they showed off their attacking prowess against Belgium, winning 2-0 thanks to a wonderful late goal from Zakaria Aboukhlal.

Given the caliber of opponents they have defeated, Walid Regragui’s team may have been the best tournament surprise so far. If they advance, they will be unfortunate to be paired with a team from Group E; it’s likely to be Spain or Germany. Even if they win the group, they will still face a very difficult test.

Canada has also been impressive and appealing, producing numerous opportunities with pace in the wide areas and presence in the front, but sadly for them, their journey is already over.

They were ruthlessly dismantled by a talented Croatian team on Sunday due to being very naive at the back and in their structure.

It might have been six or seven for Zlatko Dalic’s team as well, but for some shrewd saves from goalkeeper Milan Borjan.

At least they now have a World Cup finals goal to their name; Alphonso Davies, who agonizingly missed a penalty against Belgium in their opening game, was the one who scored at the fifth try.

They may look back on that moment and the fact that they had a 30-minute lead over the finalists from 2018 as they focus on 2026.

They missed a penalty and numerous other opportunities to score against a lackluster Belgian team, failing to do so, and leaving the tournament. After the hosts Qatar, they were the only other team to do so.

There is no doubt that there are strong foundations in place and a solid young squad available to take forward to the next World Cup, which they will co-host.

The Maple Leafs were simply unlucky to be paired up in this year’s championships with the second- and third-placed teams from last year, as well as perhaps Africa’s strongest country.

Canada will likely pose a greater threat to Morocco than Croatia and Belgium did, and the team is hoping to score more goals and at least get a point

Morocco’s game has a lot on the line, but if they can repeat their group-stage performances, they will qualify for the final 16 of the tournament.