Can the Spurs retain their title?

Can the Spurs retain their title?

Posted on October 10, 2014 by Admin in Can the Spurs retain their title?, NBA 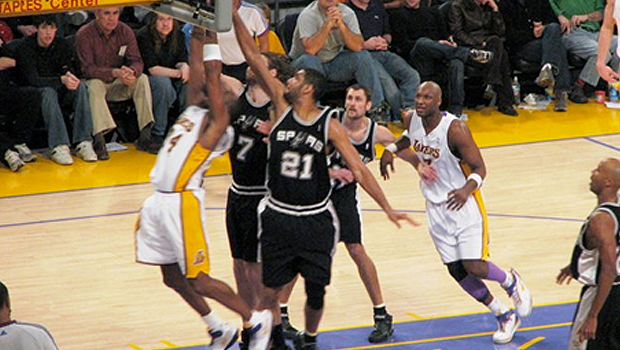 Having taken three NBA Championship wins in the last decade, the San Antonio Spurs are the most successful team in recent times in the NBA and they come into the 2014/15 season closing on the end of an era yet looking to add another title to their name. They did win last season’s title with a 4-1 defeat of the Miami Heat to secure their fifth title since the 1998/99 season after losing a decider to Miami the season previously, but can they win this season’s crown as well?

The sportsbooks make the Spurs close second favourites to retain their crown this season as only the Cleveland Cavaliers lead them in the betting markets. San Antonio have a best price of 6.00 to claim make their third successive NBA Championship Finals event and win their second in a row with Ladbrokes.com. The Cavaliers, who are now led by LeBron James, are favoured at odds of 4.50 while the Oklahoma City Thunder and Chicago Bulls trail them in third and fourth places @ 7.00 and @ 9.50 respectively.

The reason that the Cavaliers, who have not won a title since 1979 when they were the Seattle SuperSonics, are the favourites to claim the title this year is that they have brought back LeBron from Miami and the with 29 year old superstar having made the NBA All Star Team every year for the last decade and having won two NBA titles in the last three years where he claimed the MVP for the finals you can see why Cleveland are the favourites this year.

Despite this massive power swing in the league the Spurs will still believe that they have the ability to win the title this year as they have retained their key players that have seen them so successful over the last ten years. As well as this Gregg Popvich is still in charge and using the same tactics that have seen him and his side triumph on so many occasions despite numerous changes down the years, so the stability of the Spurs side will definitely be a big plus for the Texan team.

However, Tim Duncan and Manu Ginobili are both running out of time at the top and many believe that this season could be their last and Tony Parker will find it difficult to carry the team should these two fail early on in the year. However, should Kawhi Leonard continue his offensive improvements there is certainly the chance that they will be able to secure a place in the playoffs with ease this year.

Personally, I see the Spurs living up to their pre-season favourites billing to win the Western Conference and progressing through the post-season. They are likely to face the LeBron powered Cavaliers in the NBA Finals according to the betting odds but will they be able to beat the man they have faced in the Miami Heat colours over each of the last two seasons?

Can the Spurs retain their title? Yes, they certainly can but whether I feel that a favoured Cleveland versus San Antonio final could go either way.