Can the Seahawks retain their Superbowl title?

Can the Seahawks retain their Superbowl title?

Posted on October 11, 2014 by Admin in Can the Seahawks retain their Superbowl title?, NFL 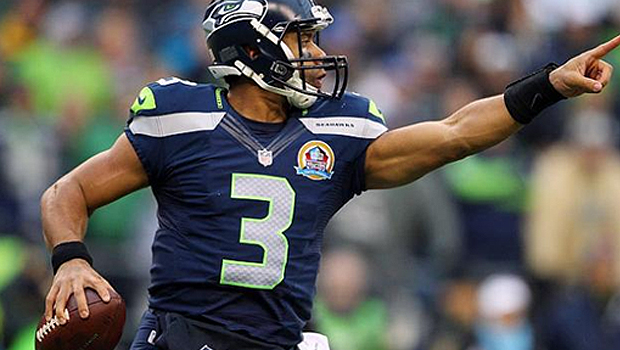 The Seattle Seahawks come into the 2014 NFL season as the reigning champions following their thumping victory over the Denver Broncos at Super Bowl XLVIII and they are aiming to become the first side since the New England Patriots in the 2003 and 2004 seasons to retain their title. Only the Patriots and the Broncos, who retained the Super Bowl in the 1997 and 1998 seasons, have managed this feat over the last 20 years after the Dallas Cowboys won two in a row during the 1992 and ’93 seasons, but will the Seahawks be able to add their name to this list this season?

The Washington State based side come into the season as the second favourites to triumph in the NFL showcase event at a best price of 5.50 with William Hill and a number of other sportsbooks. The only side that are a shorter price to take the title at the University of Phoenix Stadium in Arizona on February 1st is last season’s beaten finalists – the Denver Broncos. The Broncos will certainly be motivated to triumph this season after getting so close for the first time since completing their double in the 1998 season in Super Bowl XXXIII, but can the Seahawks show turn on the style once again and show why they are the champions?

NFL.com in their pre-season preview for Seattle state that they believe that it’ll be the Seahawks that triumph in this season’s NFL Championships as offensive coordinator Darrell Bevell will continue to improve the play of the attacking team. They were only the eighth best side, points scoring wise, in the league last season with 417 points on the board, but were in the top four of rushing yards gained and while they were not top of any stats board they were consistently impressive throughout the season as they recorded a 13-3 record during the regular season.

They still have plenty of room to improve and this was highlighted already this season as they suffering a 30-21 loss away to the San Diego Chargers in the second round. They did show their ability at CenturyLink Field in front of their own fans as they defeated the Green Bay Packers, another of the Super Bowl favourites, by 20 points as they recorded a fine 36-16 victory. Continuing this home form will likely see them ease to victory in the NFC West division and from there they certainly have the ability and the players to make a return to the Super Bowl.

Russell Wilson certainly can find any of his team mates with a fine arm and despite last season being just his second season at Seattle he has already led them to their first Super Bowl trophy. He would love nothing more than to write his name in the history books by lifting the Lombardi Trophy twice in his first three seasons at the side with victory this year and he is definitely capable of doing so.

Personally, I feel that the odds on for the winner of Super Bowl XLIX are correct in that there is a great chance that we’ll see a repeat of last year’s showcase event between the Seahawks and the Broncos. Seattle will certainly have the psychological advantage after last year’s decider, but Peyton Manning can turn any match and he’ll be motivated to win this time around. My bet is back the Seahawks to make the Super Bowl but for them to fall at the final hurdle.