Can Stradivarius Pull off Four-Timer in Gold Cup at Royal Ascot?

Can Stradivarius Pull off Four-Timer in Gold Cup at Royal Ascot? 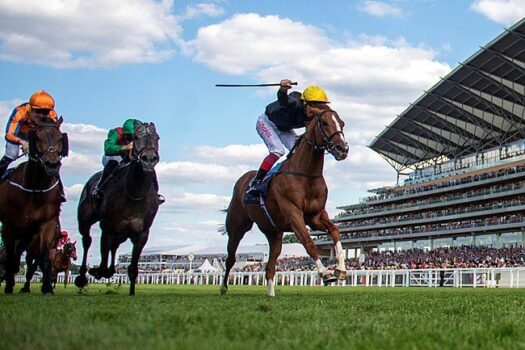 Stradivarius is more than just a maker of fine stringed instruments but leant his name to the top staying Flat thoroughbred racehorse in Europe of recent times.

Owner-breeder Bjorn Nielsen has kept his pride and joy in training with John Gosden and son Thady to try and make history. Each era has its equine greats, and there can be absolutely no doubt that Stradivarius is the most special stayer since Yeats.

That Irish wonder-horse took the Gold Cup at Royal Ascot in four consecutive years. This campaign is about seeing if Stradivarius can match that and more. He has already won at the five-day British Flat festival five times before, including a success in the Queen’s Vase.

The “Cup” race programme has been tailor-made for Stradivarius. He has won all the major Group horse races in the British pattern for the stayers including four Goodwood Cups, so has absolutely nothing to prove. Stradivarius looked as good as ever when making a successful return to action in the Sagaro Stakes at Ascot in the official prep race for the Gold Cup.

The dream team are back! 🙌

Stradivarius goes through the gears to power home to another #Ascot win with @FrankieDettori in the @Longines Sagaro Stakes! pic.twitter.com/fdz6PLfbkX

What has beaten him in the past hasn’t been superior horses, but either the distance or ground. Last season, Nielsen wanted to try Stradivarius over shorter trips and go for the Prix de l’Arc de Triomphe. Soft and heavy going is not optimum for him, and that lesson was learned in the autumn.

When it comes to predictions and tips for Royal Ascot day 3, with the Gold Cup always scheduled as the feature race on that card, Stradivarius is the one to beat. Part of the reason for that is the lack of quality opposition.

Subjectivist looks the best of the three potential opponents for Stradivarius from the Middleham stables of Mark Johnston. Both Sir Ron Priestley and Nayef Road disappointed in the Yorkshire Cup at their local track with Spanish Mission successful up at York.

The trouble with Subjectivist’s form is the Dubai Gold Cup, although a valuable race in its own right held in the Middle East, hasn’t produced a winner of the Ascot equivalent. He could be the first but top French stayer Vazirabad couldn’t stop Stradivarius despite three wins at Meydan.

Master Irish trainer Aidan O’Brien has only ever got the better of Stradivarius with Kew Gardens, but he has retired to stud. Santiago couldn’t land a blow on the champion stayer as a three-year-old getting weight for age, so won’t find it any easier off less favourable terms. Tiger Moth, the Melbourne Cup runner-up, may have more to offer.

Trueshan took the Long Distance Cup in the autumn for Alan King, so could have more to offer. The eye was drawn to one in behind him on British Champions Day in dual Irish St Leger heroine Search For A Song for Dermot Weld. She has always been staying on at the finish in her races, so owner-breeders Moyglare Stud may be tempted to bring her over from the Emerald Isle after an encouraging return to action at Leopardstown.

A mare like Search For A Song gets weight from Stradivarius via a sex allowance. That would pose something of a fresh challenge for him at Royal Ascot, but he still sets a clear standard.