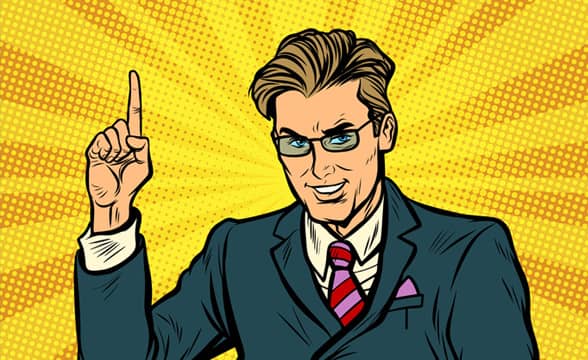 The pilot episode of online video series Hashing It Out with Becky Liggero features Calvin Ayre, iGaming pioneer and founder of Ayre Group and blockchain conglomerate CoinGeek, who shares his expert opinions and predictions on the future of the online gambling industry. A surge in users of online gambling has perpetrated the need to innovate in order to handle the big data being generated and to produce next-generation products and services.

According to the billionaire and philanthropist, online gambling and gaming operators will soon realize the value of using Bitcoin and blockchain technology; and the transition to blockchain is going to be driven by operators.

What Ayre is talking about is Bitcoin SV (BSV), which has restored the original Bitcoin design, allowing for it to have a rock-solid foundation with its fixed protocol. This has also unlocked its network’s capacity for unbounded scalability, meaning the sky is the limit when it comes to handling big data. Because of this and future BSV projects that will open up the world to nanotransactions, the BSV blockchain is economic and cost-efficient. Once operators realize that building online gambling on blockchain allows them to innovate their businesses and increase their revenues, the entire industry will be built on it.

“Everybody that says blockchains don’t work hasn’t checked out what BSV can do. This technology is actually ready for enterprise adoption today. We’re building real businesses that use the data management powers and we’re solving real enterprise problems or companies that aren’t even in this industry that have a data problem that this technology is uniquely able to solve,” Ayre said.

Although the world is still full of misconceptions and misinformation about Bitcoin and blockchain, Ayre believes that the technology will speak for itself. With BSV being the only infinitely scalable blockchain in the global market, people will soon realize its real value; and online gambling on blockchain will be the norm.

“My fundamental prediction is with all these, looking back in hindsight at this whole kerfuffle over what’s the real Bitcoin, what’s best and all that, it’s all going to look stupid because scaling is the only thing that matters. It’s not only important, it’s the only thing important. All of them that can’t scale will disappear, and this platform is going to penetrate everything and everywhere, and it’s going to disappear. Ten years from now, everybody’s going to be using it and nobody’s going to even know what it is,” Ayre confidently said.