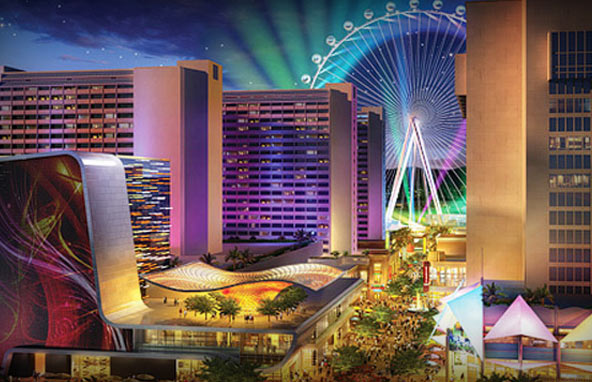 The Caesars slot machines have been renovated in order to attract the young of the Candy Crush generation and divert them from their mobile devices.

Caesars Entertainment Corp. Is looking for a way to convince the young generation X and Candy Crush that slot machines can be awesome. To do this, he has deployed in its casinos a new range of devices that are very similar to games that young people play from their mobile devices.

Revenues from betting on slot machines in 2007 peaked at $ 335 billion, down from $ 201 billion in 2014 to $ 291 billion. The Caesars group, which is the largest owner of casinos in the United States, is trying to do something to remedy this decline in turnover. According to the Association of Gaming Equipment Manufacturers (AGEM), casino owners attribute this fall to the fact that young people of that time did not play slot machines, as was the case with their grandparents, and Are too busy playing social games such as Candy Crush.

New slot machines have been launched by Caesars to remedy this problem. The latter will make payments based on both luck and skill. This change required adjustments to the casino rules. The new slot machine games have been developed by Gamblit Gaming, and the challenge here for gamers will be to find hidden words on a board or to match smoothie’s perfumes in a virtual juice bar. One of these titles is called “Grab Bar Poker” and pitches four people to stand around a flat screen at height. These people will have to press buttons to try to catch the card that pops up in the middle. The player who gets the best poker hand at the end wins the game. This is similar to online poker video games , but the difference here is that it is possible for a group of people to compete.

These new types of slot machine games are designed to attract the generation of the 90s who prefers to bet interactively. This younger generation also prefers to spend a lot of money in alcohol and food. The Caesars group plans to install six new aircraft in its Harrah hotel, which is enough for 25 players. Subsequently, there will be 36 aircraft in Las Vegas in 2017, capable of hosting 125 players.

New machines based on Gamblit competence

The Gamblit’s Chairman and Director, Eric Meyerhofer says: “Generally, slot machines offer a rather lonely experience. Our games are designed to be played in groups with friends. Gamblit’s new slot machines are designed to give small payoffs rather than one huge jackpot, and over a given period of time, their redistribution rate should be close to that of traditional entertainment options. ”

Unlike ordinary casino-based slot machines, casinos will be challenged to ensure that new machines based on skill are not easily mastered. After all, the goal of any casino is to make money.

The president of the Nevada Gaming Control Board, AG Burnett, says: “We expect that some developers will gradually make their games more difficult as players get higher scores, which will bring a big change from the static gameplay of a game like blackjack.”

Nevada and New Jersey casino regulators have made changes to their rules over the past two years to allow skill-based games. OF excellent casino software providers online such as Scientific Games and IGT casino software designer have developed their own versions of interactive devices. IGT already has a skill-based slot machine that is inspired by Atari’s classic video game Centipede and is available at the Bellagio Hotel Casino at MGM Resorts International in Las Vegas.

In competition with Candy Crush and other mobile games

The Caesars group operating in Las Vegas is struggling to compete with the flood of mobile games and these new entertainment options available as apps will give it the weapons needed to fight addictive titles like Candy Crush that are very popular on Mobile phones.

Caesars’ first Vice President, Melissa Price, says: “Our world has changed. There are now a multitude of entertainment opportunities on the market that are not always offered in a casino. ”

This launch by Caesars is part of a larger strategy put in place by Chairman and Chief Executive Officer Mark Fissora, to introduce more technology in the sector. The shares of the group are already rising after a decrease of 22% this year. Would these new skill-based slots be the turning point that casinos need?