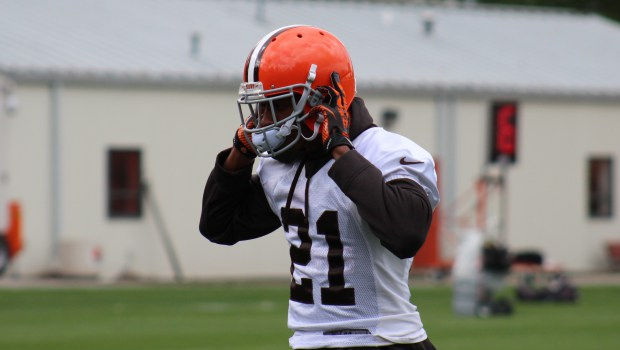 Unlike other people, Justin Gilbert’s season is ending with confusion, offense and determination.

Who said being a rooking in NFL was going to be easy?

With overall pick at number 8 in 2014’s draft, Gilbert has been a great disappointment for his teammates that they publicly criticized him of wasting his first season.

On Friday during practice, Gilbert said that the sharp remarks hurt him. However, he promised to compensate for his mistakes. “I have no grudge against anyone, I take the blame and I can deal with it.” He said. “I accept my faults, but I promise my teammates to make it up for them.”

This year, the Browns selected Gilbert, who is 6-foot and weighs 202 pounds using their first pick. He is not only dynamic defender but also Oklahoma State’s return specialist. The team believed that if he is put on the opposite side of Pro Bowl, they would make a great defensive backfields. Nonetheless, this did not go as anticipated because, Gilbert only made two starts, later was passed on the depth chart, a fourth round pick and then benched.

Generally, Gilbert did not perform on the field as expected and besides that, he had questionable work ethics.

Mike Pettine, Browns coach said he has no problem with his teammates giving “tough love” to each other.

Gilbert said, “I’m not the kind to judge my teammates and expose them publicly. I prefer addressing them face to face if I have any problem with someone. That is all I have to say.”Gilbert said that his quietness and not outgoing character could be part of the problem, and others may misunderstand him. According to him, some of the criticism from his teammates were more personal.

Conversely, Gilbert said his zeal for playing with Browns has not ended. In fact, he is more determined to prove to the team that he is worth the high pick.