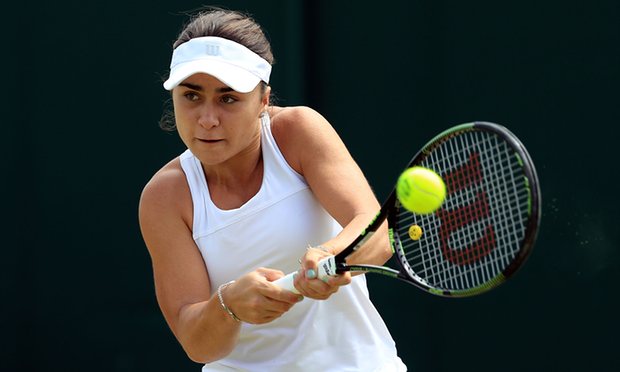 Wimbledon is the second highest grand slam title after US open but still it has value more than US open. The prize money of US open is really higher than Wimbledon right from the year 2008 but despite the change of the prize money Wimbledon is been always considered as top grand slam for the people.

Comparatively Wimbledon is like a world famous tournament whereas US open is quite famous in US only. Recent sad news about Wimbledon is that aspiring women’s tennis player Gabriella Taylor was poisoned at Wimbledon. Police has registered the case and started probing to find out whether the claim is true.

Wimbledon championship was held last month and in between she is known for her aspiring attitude that is aggressive on the field. She was proving her best but all of as sudden it is found that she is poisoned.

Gabriella is just 18 years old and she is a rising tennis player who is forced to step out in the quarter finals of the junior girl’s tennis competition in which she felt to have some illness for which she has been taken in to emergency room for about our days.

The police officers of London Metropolitan have filed the case that they could confirm that she is poisoned by somebody else.

London’s Metropolitan Police confirmed Thursday that officers were investigating “an allegation of poisoning with intent to endanger life.” Police says probing has been started as they can confirm in short time that Gabriella is poisoned.

The family of Gabriella has shared their views regarding this as they find it very happy that nothing has happened for her life. She is alive and that alone makes some difference. They told that the case is registered and Police have started the investigation.

After poison Taylor was suffering from strain of Leptospirosis that can be transferred through urine. After extensive research it is found that this bacterium is not usual and has been considered as very rare in Britain. Her family says that they could not consider this as accident because there is no such incident so far in British especially in Tennis.

Players always keep their bag in the player’s lounge where her bag also was there but left unattended for much time. This may be the reason that someone might misuse her bag to contaminate the drink.

Recently she moved to 381 in ranking from 1020 which is really a notable escalation and this shows that he passion for tennis is increasing. It is shocking to know that all of a sudden it happened in Wimbledon which never happened so far. After sincere probing, once it is found then they will be penalized and proper and necessary actions will be taken.