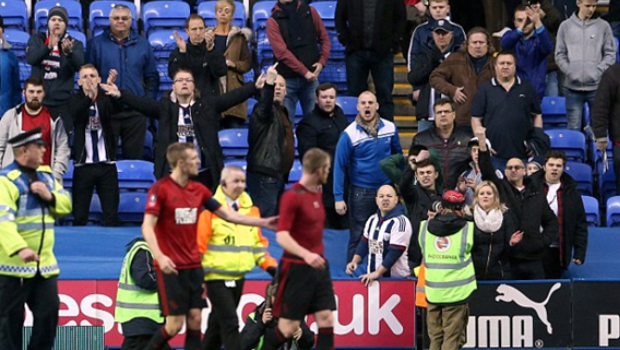 Recent news from France shows the video that the fans of England team have behaved in a way that is too bad and it is highly condemned all over the world. Disrespecting and humiliating is the worst punishment or the injustice given to person. Everyone in this world has a self value and self esteem which should not be valued based on the money, status and anything they have.

Alcohol was banned from the alcohol centers in France as there will be a lot of problems and mess between the foot ball fans. France who is hosting the Euro cup 2016 has banned the sale of alcohol around the alcohol places near the stadium or in any place where the Euro cup tournament is scheduled. This is because the fans from different countries will surely drink and make problems like fights and offences that will cause serious injuries and life threatening incidents.

This is not new that always the fans go crazy for foot ball and every time the tournament like world cup and Euro cup happens, it will be like the season of drinks and celebration. Due to the fervent love for the tournament and due to alcohol they behave in unusual way and make serious problems. The problems caused by fans are well known and it will reflect the disciplinary actions taken in the team.

Recently the supporters of Russian team have made problem for problem that they could not get alcohol in the alcohol shops and stores as the country has announced that the alcohol will be available only in the super market and the stores as they country has banned public drinking in the streets.

Despite the ban the video shows that the fans of England team were holding alcohol in their hand and was humiliating the boys who are just 8 or 9 by throwing coins on them. The boys came there for asking alms at Lille where the match between Russia and Slovakia is going on. They were waiting for the match of their country after the ongoing match during which they were drinking outside the restaurant and threw coins on the poor boys.

The sound of the coin is heard in the video and they were mocking at them verbally. Already there were some problems between the Russian supporters and the English supporters along with that this incident shows that the fans become lunatic when they come to see football and when they get drink.

They threw the coins to the group of poor boys and they were playing and mocking them before they throw the coins. It was done by 8 to 9 people in a group of English fans who were waiting for the match.