Posted on November 25, 2014 by Admin in Brendan Rogers, Football 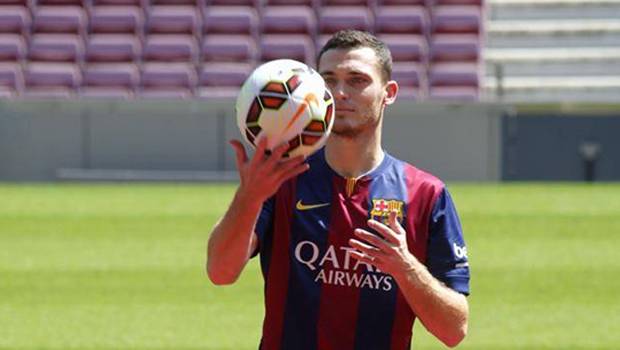 Brendan Rogers in front of the exit doors

With the latest defeat came the latest rumors of possible Arsenal signings, as the team fans need something to lift their spirits up after the score line at the end of the Manchester United game. As always the injuries were the key figure at Arsenal almost every year, and this one was not an exception. Plenty of names were linked with the North London club as the January window is getting closer.

Marc-Andre TerStegen is the first name on the list as the Barcelona goalkeeper can end up on loan defending Arsenal’s colors. Manchester United and Liverpool are both linked with this name. The German goalkeeper failed to make any big impact in Catalonia, as he only played on four matches up till now, all in the Shampions League.

While we are at Barcelona, the former Arsenal captain could go back in January on loan. Due to injuries he failed to make the debut for Barcelona, and might end up wearing the Arsenal Jersey again. But in this race for the Belgium international, Arsenal is joined by Manchester United.

Let’s not forget Peter Cech. The goalkeeper joined Chelsea at 2004 and since that he became a club’s legend. His years are still not over him, so the returning of ThibautCourtois from Atletiko Madrid and taking the No.1 dress meant that he will search for a new club where he can play more. Arsenal are the one linked, joined by Liverpool.

Let’s see if any of these rumors will be truth.