BOOK OF RA ROULETTE from Novomatic at Betsson Casino

BOOK OF RA ROULETTE from Novomatic at Betsson Casino 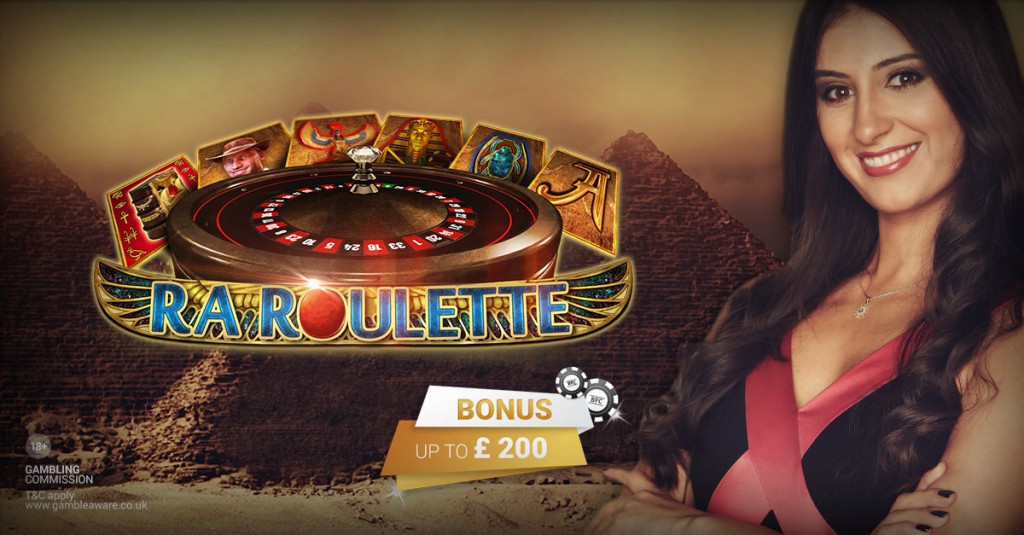 Game machines in online casinos today need to offer perfect 3D animation, as well as possible a double-digit number of bonus features and as an icing on the cake top yet a million-heavy jackpot offer, in order to be accepted with the mass of players. At least, this is often claimed when a new automaton game, which fulfills all these criteria more or less, is properly advertised. But the truth looks a little different. Because in the German-speaking world, there is the BOOK OF RA gaming machines, which, like no other, enjoys the attention of gamblers and has long been a true cult status. Every day, thousands of women and men play this slot machine, hunting for the book of the Egyptian sun god, which promises great prey. No wonder the inventor Novomatic from Austria uses the popularity of BOOK OF RA and wants to milk this gigantic cash cow. For example, the player can now invest his money in BOOK OF RA, the tricky version of BOOK OF RA DELUXE, or even on BOOK OF RA 6, which has six reels instead of five. The unbroken popularity of ancient Egypt, with its pyramids, the gold treasures of the pharaohs and the dream world of a paradise along the Nile, together with the very good payout ratio of 97 per cent, made this rather simple game machine into world fame and so it is only logical that The fans of classic casino games must also benefit from a BOOK OF RA ROULETTE from Novomatic. For all customers of the Betsson casino it is now finally so far and from now on the Sun god dominates also in this live casino over the boiler.

Outside of the German-speaking countries most of the other slot machines are the most popular slot machines, but in Germany, Austria and Switzerland, BOOK OF RA is the rule. Countless internet sites deal with BOOK OF RA tricks, BOOK OF RA strategies and BOOK OF RA tips, just as if there was nothing else in the online casino than this automat game. For many players in these countries, the availability of the sun god is even a crucial criterion, looking for a new online casino. Betsson, with its already very large offer, can offer new players from the German-speaking area not the Novoline slot machines, but at least in the future the great live roulette games of the daughter company Extreme Live Gaming of Novomatic. This London-based company is responsible for adapting the most popular Slot machines of the Austrians to the roulette table in the appropriate ambience. Betsson Casino now has a BOOK OF RA ROULETTE, a LUCKY LADY’S CHARM ROULETTE, a DOLPHINS PEL ROULETTE and a SIZZLING HOT ROULETTE, with tables featuring not only the most famous symbols from the game machines , But also with German-speaking live-dealers, the gamblers a very special experience.

Even though the various roulette tables of Extreme Live Gaming, which are based on Novoline slot machines, will be an enormous force for the Betsson casino in the German-speaking world, and will attract some fans of slot machines to the live casino The new delivery contract in the future also an extended portfolio of Live BlackJack and live baccarat in this Internet casino. In the EXTREME LIVE BLACKJACK, players will be able to complete the so-called “bet behind extra side bets” in order to boost their own chances and the thrill. The fans of LIVE BACCARA are now given new options in Betsson, when choosing the tables. The Novomatic daughter offers the gamblers not only different bonuses and jackpots here, but also their own X-Mode, which with a camera gives a full overview and control over the player’s own squeeze.